Home Archive 2018 MLB Season Preview: The Yankees Are Back to Rule 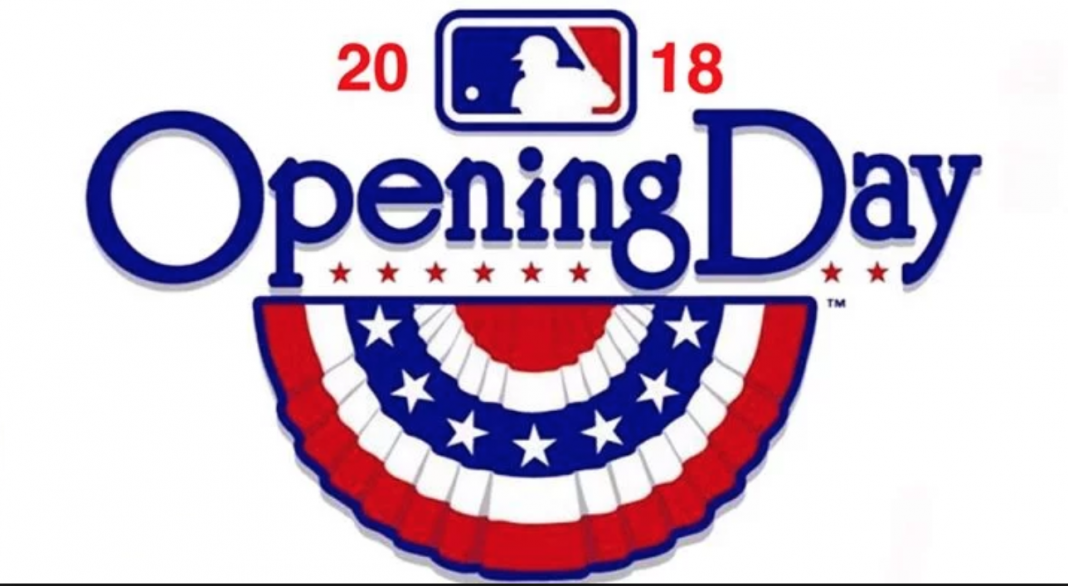 Happy New Year, baseball fans! After a long, cold winter, for agents, players, and fans alike, the 2018 MLB Season will officially begin on Thursday. There are so many question marks as Spring Training ends. Will Shohei Ohtani live up to the hype? Can the New York Yankees be stopped? How will the new rules impact the game? Time will only tell, but it’s fun to predict.

Here are my predictions for the 2018 MLB Season. The winner, biggest question, and the one surprise you should be watching out for. Happy Opening Day, everyone!

It shouldn’t be a surprise to see the defending World Series champs run away with the division again. When you have the best rotation in baseball, and you add Gerrit Cole, it’s almost unfair. Houston was the best offensive team last year, and they kept everyone. Cole’s arrival means a guy like Brad Peacock (10-2 with a 3.22 ERA last year), will probably be relegated to middle relief/spot starter. It’s hard to believe the best team in baseball got better and almost nobody talked about them this offseason.

Biggest Question: Will Shohei Ohtani live up to the hype?

This may be the biggest question the 2018 MLB Season. The Japanese two-way star was anything but in Spring Training. He batted just .106 in 22 at-bats and had an ERA of 27.00 in his two starts. However, if the tools that made him such a high demand this winter come to light, look out. Ohtani has the potential to be a Silver Slugger and Cy Young candidate. Maybe the real question is if he makes the Los Angeles Angels a legitimate playoff threat?

Look, there isn’t going to be a second playoff team from this division unless the Angels win it. And they certainly have the tools. Not only did they add Ohtani to the rotation, but Ian Kinsler and Zack Cozart in the infield helps shore up their lineup. Mix in Mike Trout, Albert Pujols, and Justin Upton, the Halos may be the biggest surprise in baseball.

They had the best record in the A.L. last year, and yet somehow they always feel “forgotten.” The loss of Carlos Santana at first base certainly hurts, but they get Michael Brantley and Jason Kipnis back after injury-plagued seasons. Francisco Lindor is one of the top-10 young talents in the game, and their pitching rotation is filthy. The biggest problem for Cleveland the last couple years has been injuries. Even still, they made the World Series in one year and won 102 games the next. That championship window is still open for the Indians.

Biggest Question: Are the Minnesota Twins for real?

The short answer is yes. Last year they became the first team to make the playoffs after losing 100 games the prior season. This winter they added Jake Odorizzi and Lance Lynn to the rotation and Logan Morrison to the lineup. Oh yeah, don’t forget Addison Reed, Fernando Rodney, and Zach Duke in the bullpen. Much like the Angels, they have the pieces to make some serious noise. And they are in a division with zero other actual contenders.

Biggest Surprise: Pace of play won’t be an issue

There really won’t be a big surprise in this division, so I’m copping out and putting a league-wide surprise here. I know that there has been a lot of talk regarding the new “pace of play” initiatives for this MLB season. However, if you actually listen to some of the players, it isn’t a big concern. Yes, players are habitual, and the new rules will take some adjusting, but don’t expect a huge uproar about the pace of play rules in the 2018 MLB Season.

This is another no-brainer. In fact, the American League as a whole is a no-brainer. Adding Giancarlo Stanton is a stupid acquisition for the lineup and makes Aaron Boone’s job as a first-year manager so damn easy. I still have questions about the starting rotation (CC Sabathia is a year older, plus Sonny Gray and Jordan Montgomery struggled down the stretch). However, they have the best lineup and best bullpen in the game right now. Going to be hard to beat them.

Biggest Question: Can anyone challenge the Yankees lineup?

Yes, actually. The greatest rivalry in sports will be that once again this year. With the addition of J.D. Martinez, the Boston Red Sox have a lineup that may beat the Yankees in some ways. There are fewer holes defensively (middle infield is better in Boston, same with centerfield) and Fenway Park is a hitters ballpark. The question is if Boston’s rotation can hold down any opposing hitters.

Biggest Surprise: The Baltimore Orioles will challenge for the playoffs

Baltimore has struggled for years to remain consistent. And they are in the final year of Manny Machado’s tenure there. But they have a talented lineup. Adam Jones, Trey Mancini, Chris Davis, and a healthy Mark Trumbo make them a quality team. Adding Alex Cobb late was vital for them to even be relevant in the A.L. East but they will have to make some trades to give a scare to the top of the division.

They have been the model of consistency for the last couple years. This MLB Season will be no different. Losing out on Yu Darvish won’t have that large an impact. After all, Clayton Kershaw still pitches in LA, and that’s all they need. If Logan Forsythe can get back, and once Justin Turner is healthy, they have a deadly lineup. The only issue the Dodgers will need to figure out is getting to Kenley Jansen. They lost their top two bullpen guys, and their division has gotten better.

Biggest Question: How much will MadBum’s injury hurt the Giants?

For the second straight season, the San Francisco Giants will have to be without ace Madison Bumgarner. Pair that with the injury to Jeff Samardzija and their rotation now becomes a massive question mark. Fortunately, both should be back before May, and their lineup will hold them over until they return.

Somehow this surprise doesn’t seem that shocking. As I mentioned, I think the Giants are the most improved team in baseball. They have a tremendous lineup, and once their rotation is healthy, they could challenge for the wild card. What could be a bigger influence is the performances of the Colorado Rockies and Arizona Diamondbacks. The Rockies didn’t lose much and still made the wild card game. Arizona could be just as good despite not having J.D. Martinez making the N.L. West the most competitive division this MLB Season.

The Cubs found their step in the second half of last season and ended up winning the division over Milwaukee. Although they lost Jake Arrieta to free agency, adding Yu Darvish will certainly make up for that. Their most glaring hole is the bullpen, but that can be fixed at the trade deadline if need be. Don’t be shocked if they not only win the division but also have MVP and Cy Young contenders.

Biggest Question: Who has the best chance to dethrone Chicago?

The Milwaukee Brewers and St. Louis Cardinals made some huge splashes in the offseason. Christian Yelich and Lorenzo Cain in Milwaukee, plus Marcell Ozuna in St. Louis means there are two legitimate contenders to battle the Cubs. Both have serious chances, but ultimately, the Cardinals have a better rotation.

It’s not difficult to think three teams from one division can make the playoffs. Hell, it happened last MLB Season in the N.L. West. However, because the Brewers have a suspect pitching staff and the Cardinals still have questions in the bullpen, it’s not likely that both reach that coveted wild-card game.

It’s hard to remember a time when the Nationals weren’t considered a World Series favorite. The problem? They’ve yet to deliver. I’m still not fully sold on Sean Doolittle as a closer but that rotation is nasty, and Bryce Harper plus Trea Turner in the lineup is always tough to combat. Throw in a healthy Daniel Murphy, and you can bet the farm on Washington is winning another division title.

It was the sole reason the Mets didn’t compete for more championships the last two years. It won’t be an issue this year. The return of Matt Harvey and Noah Syndergaard will help tremendously. Firing trainer Ray Ramirez may help more. Not only do I expect New York’s young arms to remain on the field, I believe they carry the Mets deep into the postseason.

Biggest Surprise: The Philadelphia Phillies and Atlanta Braves each finish above .500

Both of these teams have insanely talented farm teams. Yes, they are each in rebuild mode, but Rhys Hoskins and Nick Williams in the outfield plus newly-acquired Jake Arrieta and Carlos Santana make the Phillies interesting. In Atlanta, Dansby Swanson and Ronald Acuna, Jr. might be the two most talented young players you read about the 2018 MLB Season.

Yup, that’s right, a rematch. But this time, I think the Dodgers use the momentum over the last couple of postseason failures and emerge victoriously. Of course, I also said the same thing last year.