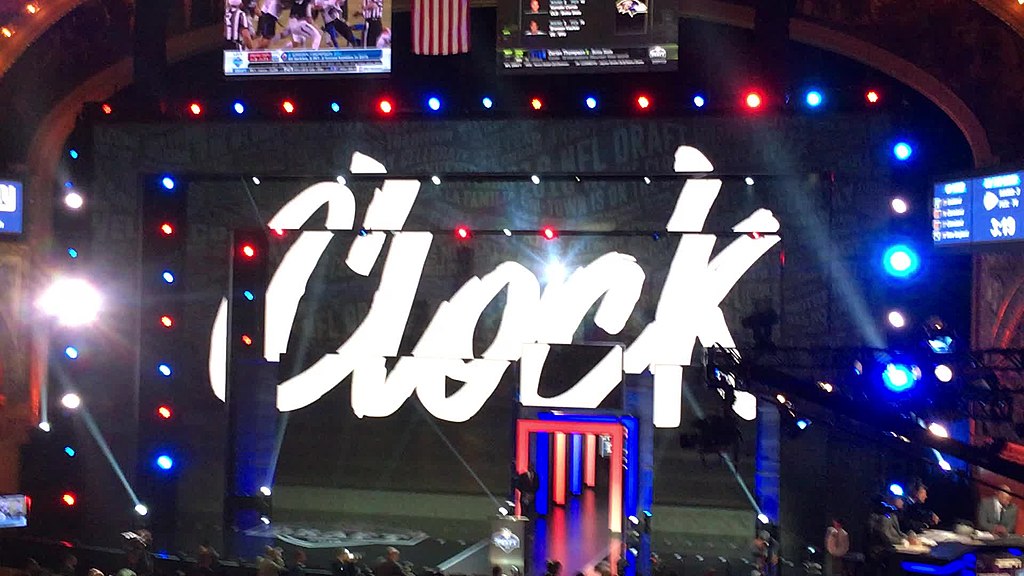 The 2018 NFL Draft is just days away. So many people will be telling you who will be picked where, and which teams have no chance. Others will be trying to make a best-case-scenario situation for their squad. Meanwhile, I’m going to tell you all the five craziest overreactions the NFL has had leading up to Thursday night in Dallas.

The Cleveland Browns MUST Take a Quarterback

Ummm, no. No, they don’t. I know a lot of people think there are “franchise changing” quarterbacks available in the 2018 NFL Draft is just days away. So many people will be telling you who will be picked where, and which teams have no chance. And they are right. But the Browns don’t need one. Is Tyrod Taylor the answer for them at QB? Probably not. But that’s not because of his ability. The dude is solid. He protects the football and makes smart decisions, plus he’s mobile. Don’t believe me? Taylor has 18 career interceptions. DeShone Kizer, the Browns QB last year, had 22. Shut up.

While the quarterback position is vital, the Browns have bigger needs elsewhere. Joe Thomas just retired, leaving a gaping hole on the offensive line. Your defense still isn’t great, and you can always use help in the backfield. If Cleveland wants to make a massive improvement this year, and challenge for the playoffs, you take Saquon Barkley or Bradley Chubb number one then take Quenton Nelson at number four. Don’t like that idea? Trade the top pick to the New York Giants or the New York Jets or the Denver Broncos and get whichever two you want.

OH. MY. GOD. SHUT. UP! Yes, I’m a Giants fan. This off-season could not have started off better with the firing of Jerry Reese and Ben McAdoo. Add in the hiring of David Gettleman just got me giddy. But this talk of needing to draft Eli’s heir-apparent is making me throw up. I get it, you have the number two pick and may never be in a position to get one of these “top quarterbacks” again. But guess what, you can always trade up.

The Giants added future Hall-of-Famer Nate Solder to the offensive line, as well as Patrick Omameh in free agency. That makes the worst part of their team last year markedly better. Add in Kareem Martin and Alec Ogletree on the defensive side, plus Jonathan Stewart to the backfield and New York is built to win now. And you’re probably going to sign Dez Bryant.

The last thing they need to do is waste the #2 pick in the 2018 NFL Draft on a quarterback who won’t play for two years. If Barkley is there, TAKE HIM. If you can trade down and take Quenton Nelson, DO IT! You want Chubb on the defensive line to replace Jason Pierre-Paul, FINE! Whatever you do, DON’T TAKE A QUARTERBACK!

Sure, this is hammering home the points I just made but hear me out. Just cause five quality quarterbacks could be drafted in the first round doesn’t mean they all qualify as a top overall pick. Especially when your team doesn’t need a quarterback this year. In fact, the only teams in the top-5 who realistically need a QB are the Jets and Denver Broncos. And depending on the health of Andrew Luck, they are the only two in the top-10 who need one.

The best players in this draft are Barkley and Nelson. Don’t argue with me. Ignore all the noise you hear about who should be drafted and listen to what the scouts are saying. They are the best players available. There hasn’t been a running back taken number one overall since Ki-Jana Carter in 1995 (eight years, no pro bowls) and before that it was Bo Jackson in 1986. So there isn’t a precedent for Barkley to go first. However, the last three offensive linemen taken with the top overall pick include Eric Fisher (2013), Jake Long (2008; four Pro Bowls), and Orlando Pace (1997, future Hall-of-Famer).

The NFL Draft is always a crap shoot when you get down to it. So why not take the best player available and build work with what you got. Sam Darnold, Josh Rosen, and Josh Allen are all talented. But if the Browns, Giants, Indianapolis Colts, Tampa Bay Buccaneers, Chicago Bears, San Francisco 49ers, and Oakland Raiders are smart, only two of them will hear their names called in the first ten picks.

Teams Should Be Wary of Baker Mayfield

Just stop it with this kid. I LOVE Baker Mayfield. He’s the Heisman, trophy winner. His numbers were unbelievable the last two years. But so many people have been concerned about him because of things not directly related to his ability at the quarterback position. Yes, he planted the flag at Ohio State. Yes, he ran from the cops a few years ago. And I know the whole crotch-grab against Kansas got a lot of criticism cause, well, it’s Kansas. But aside from the cop thing, I WANT that kind of intensity from my quarterback.

That’s a guy who players will follow. That “screw these guys, let’s crush their spirits” mentality is incredible. He’s got a strong arm, he’s mobile, and he plays with a chip on his shoulder. You have to remember he walked on at Oklahoma and then was the best player in college football. Let’s stop comparing this kid to Johnny Manziel or Ryan Leaf and enjoy him taking the Arizona Cardinals (only cause I won’t root for the New York Jets) to the Super Bowl in five years.

Now, I know that this isn’t directly related to the 2018 NFL Draft, but it has an impact. I also know that I’ve had Kirk’s back this past year. But a fully guaranteed contract at $84 million is absurd for anyone. ANYONE! Add in the fact that it was the Minnesota Vikings who gave it to him, and you have a major overreaction.

The Vikings were one game away from the Super Bowl this year with a third-string quarterback. Both Sam Bradford and Teddy Bridgewater were on the verge of returning from injury, and all accounts saw Teddy Football starting this fall. Not to mention, Dalvin Cook was out the entire year as well. However, after letting their offensive coordinator leave to coach the Giants, and all three QB’s from 2017, assuming they will have the same success is stupid.

Case Keenum’s performance can easily be attributed, at least partially, to Pat Shurmur’s coaching and the help both Bradford and Bridgewater gave him. You spend $84 million on another guy who is going to probably have a new system and believe they will be back in the NFC Championship game? C’mon man.