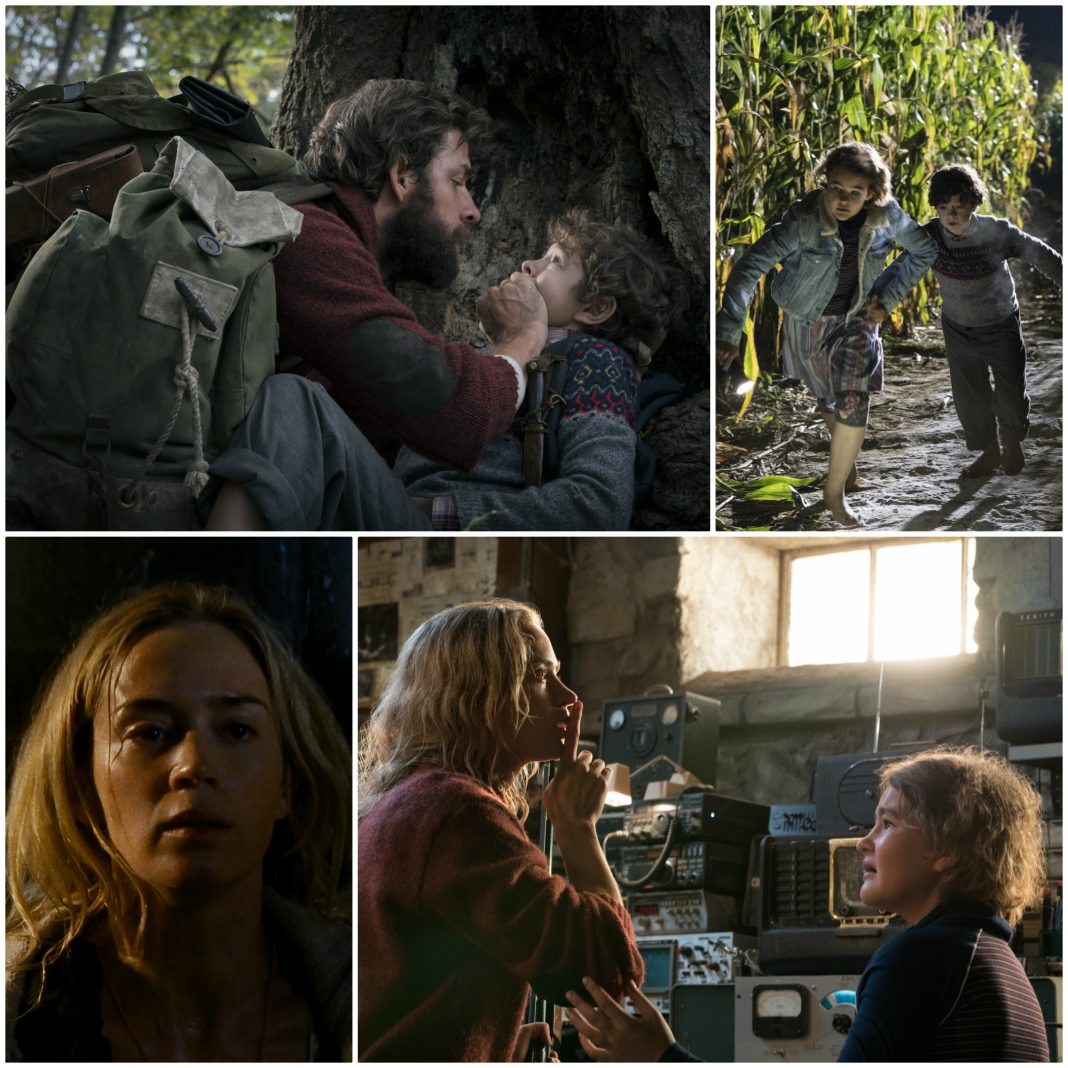 When mysterious creatures come to town, a family finds themselves in a world where complete silence is the key to their survival. A Quiet Place definitely finds itself on the Movies That Don’t Suck list. 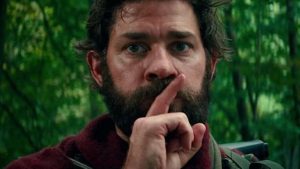 A Quiet Place is directed by, and stars, John Krasinski and Emily Blunt. This is Krasinski’s third film where he finds himself sitting in the director’s chair. Up until this point, he hasn’t had an excellent track record in directing with dramedy films like Brief Interviews with Hideous Men, and The Hollars. So it was interesting to see Krasinski go the horror movie route this time around.

How Quiet is A Quiet Place? 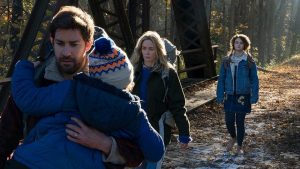 We find ourselves thrust into this world on Day 89. The Abbott family is inside a convenience store gathering supplies while trying not to make a single sound over X amount of decibels. Why? We aren’t sure yet. But it does not take long for us to find out. There is a reason why batteries are not included with toys. They make too much noise, and in a world such as this, it can be problematic for a parent who has to raise a child who isn’t fully aware of how dangerous their surroundings are.

Their Way of Life 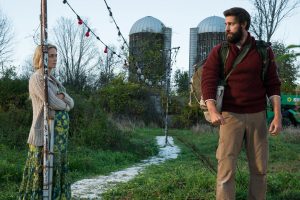 Movies like these, where your survival requires you to have some wit and basic Boy Scout skills, always make me feel insecure. If put in a similar scenario as the Abbott family, I would have probably died on day one. I am too impatient to move slowly and quietly all the time. I am that guy that always goes in guns blazing on video game levels where stealth is optional.

But seriously, Lee Abbott (Krasinski) was a survival genius. The way the Abbott family adapted to their environment took some time and know-how. On the farm they lived on, there were trails of sand leading to various destinations on and off the farm. While barefoot, walking on the sandy trails concealed the sound of footsteps.

Their methods of gathering food also had to be creative as well. So the Abbott family nightly meals mostly consisted of fish caught in a running river. Because the river constantly made noise, it was one of the few places where the characters could have an open dialogue. 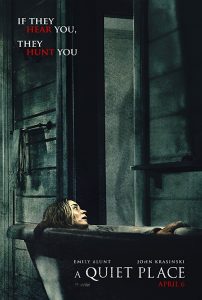 The chemistry between Krasinski and Blunt as husband and wife is obviously there because the two are a couple off-screen. But I found myself enjoying the strained relationship between Lee (Krasinski) and his daughter Regan (Millicent Simmonds) much more. Due to some unfortunate circumstances earlier in the film, Lee has lost a level of trust in his eldest child. But Regan is anxious to prove to her father that she can take care of herself in this dangerous world.

In the film Regan is deaf. One can assume that she was born this way because the entire family is fluent in sign language, which proves to be advantageous in a world where aliens hunt humans by sound. But in the end, Regan’s biggest disability proved to be her greatest strength, and she had her dad to thank for that.

As a guest on the Empire Podcast, Krasinski explained the origin of the creatures seen in the movie. They are aliens with no agenda but to hunt anything that makes a sound. For you gamers out there familiar with the Naughty Dog game The Last of Us, the aliens reminded me of the ‘Clickers’ that also haunted their prey using sound.

I don’t know what it was about the Clickers in that game, but it was something about sneaking pass a blind creature that added an extra amount of pressure to the player. Sure it sounds easy, but the fear of making a mistake with the stakes so high added to the intensity. The same can be said for similar situations in this film.

I also appreciated the slow build up to the full reveal of these aliens. Krasinski did a fantastic job building up my curiosity. The aliens looked terrifying as well.

As one would guess, the characters spend much of the film in silence. The pressure of trying to be as quiet as possible transferred to me in the audience. There were scenes in this film where you could hear a theater mouse fart. I was fully immersed in this world. And when things got tense, I found myself trying my best not to make a sound. I was controlling my breathing. I also had to nip my constant love of fidgeting in the bud as well. It added an extra fun element to the film for me.

As great as this film was, I would be remised if I didn’t mention the ending. Although the final few frames gave the audience a sense of triumph, it felt bland. Lazy even. Furthermore, I felt like it diminished a certain character’s sacrifice.

What We Know of A Quiet Place

It isn’t much. The audience knows so little about these aliens that it can only mean one thing…A Quiet Place is ripe for prequels and sequels. This is a world that could easily be expanded upon and I for one will be its LOUDEST supporter.

Check out my Podcast Almost First

If you enjoyed my review, you are guaranteed to like my podcast Almost First where my fellow guest host and I talk everything from tv shows, movies, comics, and anime. So be the first to listen to Almost First!

Why Do Guys Fall Asleep After Sex?