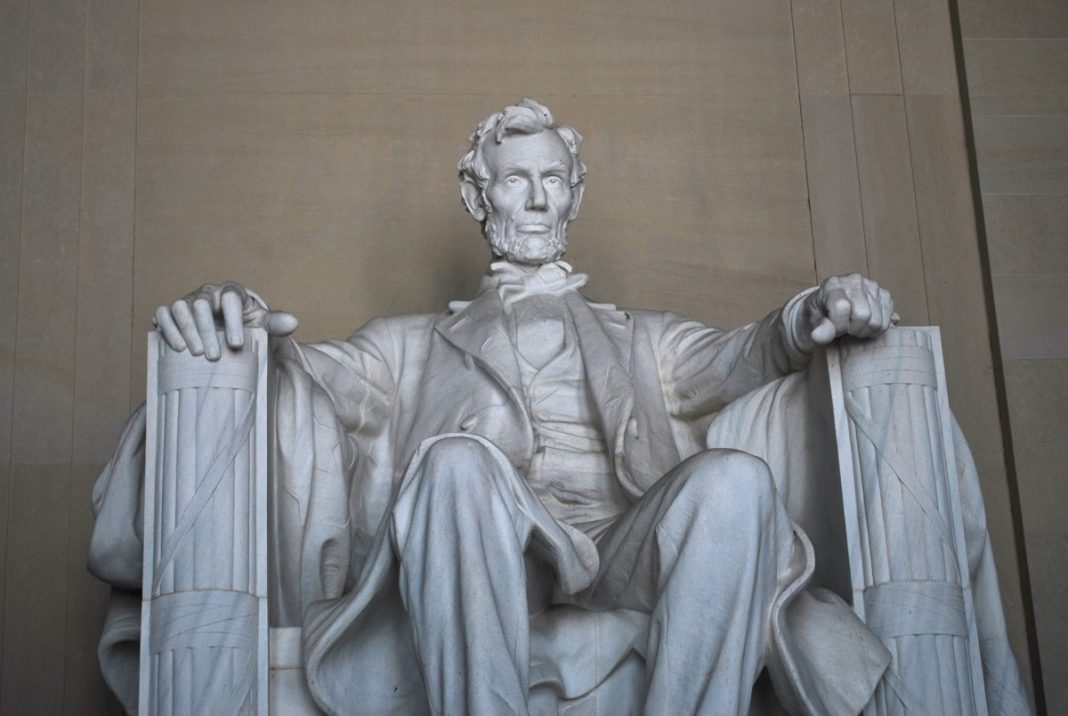 Presidents Day, a day to honor all Presidents past and present. This Presidents Day we are honoring Abraham Lincoln. Teddy Roosevelt may have had the physical adventures and Andrew Jackson had his fiery personality. Abe established himself through action and tenacity to learn what he needed to know.

Abraham Lincoln and his Beginnings

Abraham Lincoln came from humble beginnings. Born to Thomas Lincoln and Nancy Hanks in a log cabin in Kentucky, Abe grew up in Indiana. Sorry Illinois, “Land of Lincoln” doesn’t come true until Abe is 21. Abe was one of three children born to Thomas and Nancy. He had a sister, Sarah, and a brother, Thomas, who died as a baby. His mother passed away shortly after moving to Indiana.

Abraham didn’t enjoy the laborious lifestyle of the frontier as a child. His family members often labeled him as lazy due to his interest in reading and writing. He was largely a self-taught man throughout his life. In his teenage and early adult years, Abe finally took to the normal responsibilities of a boy in the household. He also earned a reputation for being a pretty decent wrestler. Lincoln is enshrined at the National Wrestling Hall of Fame based on his estimated 300-1 win/loss record.

During his time before becoming the 13th President, Abraham Lincoln co-owned a general store. He eventually sold his share of this due to the business struggling. This is when his political endeavors began. In 1832, he served as a Captain in the Illinois State Militia during the Black Hawk War. Upon returning, he continued his run for Illinois State General Assembly. He witnessed a supporter being attacked in the crowd at his first speech and promptly grabbed and literally threw him. Just something cool to know there. He failed to be voted into the top 4 of the candidates and lost his first political election.

After losing his first election, Abe Lincoln taught himself law. His second campaign in 1834 resulted in election to the state legislature as a Whig party member. He was admitted to the Illinois bar in 1837, having moved there along with his future wife. He practiced law there (without a degree) with great success. Abraham Lincoln went on to beat Stephen A. Douglas out in 1842 by marrying Mary Ann Todd. In 1849, he earned a patent for a design to help keep vessels afloat when navigating shallow waters. This was precipitated by a steamboat he was a passenger on running aground in shallow water. He is the only President to have earned a patent. The principle of manliness showcased here is Abe learning what he needed to know and applying it appropriately.

Abraham Lincoln served as an Illinois Representative from 1847-49, losing his first election to John J. Hardin in 1846. It was after his nomination to replace Hardin that he first wrote a bill to abolish slavery in DC. It was abandoned after failing to receive support from fellow Whig Party members. Lincoln opposed the Mexican-American War and also supported the Wilmot Proviso. This would have abolished slavery in all territories won through the Mexican-American War.

Abe went back to Springfield after his term to practice law again. He won 31 of 51 cases in which he was the sole counsel, earning his nickname “Honest Abe”. He is most famous for his defense of William “Duff” Armstrong. Defending this murder trial, Abe used a fact established by a judicial notice to challenge the credibility of an eyewitness. An eyewitness claimed to have witnessed the murder in the moonlight. Abe discredited the eyewitness by using a Farmer’s Almanac. Abe used a Farmer’s Almanac to get an acquittal. That beats “the glove don’t fit” any day to me.

The 13th President of the United States

In 1858, Lincoln ran for Stephen A. Douglas’s Senate seat. Up against the incumbent seat holder, this race sparked the famous Lincoln-Douglas debates. Lincoln ran as a Republican, and the antislavery platform, Douglas was the Democrat on the pro-slavery platform.

Abe finally ran for the White House in 1860, beating out the other candidates; sparking the southern states secession. By February of 1861, the Confederate States of America had elected Jefferson Davis as President in the south.

The Original Breaker of Chains

After the Battle of Fort Sumter, Lincoln Administration focused on its war strategy and bringing the nation back together. It was a bleak start for the Union Army, with a loss at the First Battle of Bull Run. With the failed campaign to capture Richmond. They had to face Lee and the Army of Northern Virginia at Antietam.

The Battle of Antietam ended on September 19, 1862, with a Union victory. Having sent Lee back to Virginia, Lincoln had the victory he needed to do something drastic. Sorry, Emilia Clarke, you’re hot and all, but Abe beat you to it. September 22, 1862, the President issued the Emancipation Proclamation which officially ended slavery in all US territories.

Lincoln became even more famous in 1863 after the Battle of Gettysburg. In Gettysburg, Pennsylvania he would give one of the most famous speeches a President has ever given. The Gettysburg Address took less than three minutes to say. Those minutes captured the feelings of a fractured nation, though.  Lincoln relayed to everyone that all the men who died during the Civil War were Americans.

The Bitter End for Abraham Lincoln

The war wouldn’t end without Lincoln getting in some time around guns as well. He used to test muskets and repeating arms on the grounds of the White House. He even managed to find himself in a firefight while inspecting the front lines at Fort Stevens.

We all know what happened next. The South gave their unconditional surrender to Ulysses S. Grant at Appomattox Court House on April 9, 1865. Lincoln now turned his attention to rebuilding a fragile nation, though unfortunately, he did not live to see out his 2nd term, and vision, in full. On April 14, 1865, five days after Lee’s unconditional surrender, John Wilkes Booth snuck into the Presidents suite at Fords Theater and, at point-blank range, shot Abraham Lincoln in the back of the head.

Lincoln died the next morning from his wound. Vice President Johnson swore the Oath three hours later. Abe’s body lay in state from April 19- April 21. His body was returned to Springfield, Illinois, with his son Willies body, where they were buried. In 1876, grave robbers were foiled attempting to remove his body.

The Drive of a Man

Lincoln secured his seat in the Hall of Man in a very fundamental way. He didn’t complete a lengthy “bucket list” or participate in extreme physical adventures. He showcased the driving principle of being a man, in that he was self-reliant. When he wanted to do something, he taught himself what he needed to know. Furthermore, he never relied on someone else to handle a problem he could handle himself. He secured his place through action. Abe steadfastly sought that which he believed best for his country. He held to his faith in the Founding Father’s dream that ALL men are created as equals. In today’s world, men like him surely would leave us in a better place.