“Argument” is certainly an art form. It’s a manly art but a practically lost one. The problem with ‘argument’ is that people, especially in relationships, conflate it with bickering. Bickering, griping, complaining, etc. are not arguing. A proper argument is defined as: “a reason or set of reasons given with the aim of persuading others that an action or idea is right or wrong”. Done properly, a good argument is good for the soul. Why, then, do so many people claim that they hate to argue?

There’s an anti-intellectual undercurrent in society that’s always been there. That anti-intellectualism comes with the unintended consequence of a population that largely doesn’t understand logic. They don’t teach logic in schools outside computer science and philosophy courses when it should be part of the curriculum starting in middle school. Kids taught philosophy and logic early on develop better problem-solving skills and are better able to cope with unfamiliar situations. Given this knowledge, why are logic and philosophy college electives at best?

Why bother with logic?

You use it all the time whether or not you know it. The reason you don’t fill up the sink then dunk a glass into the water to fill a glass is that doing it that way is so obviously illogical, you don’t need to consider it. Your brain is hard-wired to understand basic logic. It’s when things aren’t so obvious that a little training is in order.

Some very smart people have put some deep thought into how thinking should work and have come to some useable conclusions. Did you know that there are a whole bunch of things people think on a daily basis that are flat wrong just in the way the thoughts are constructed? For instance, it was once assumed that if you left meat out, it would turn into maggots. We now know that maggots are the larval stage of flies who laid their eggs on the meat, not a result of the rotting meat. Why did people think that, though? It seems reasonable that when a thing happens every time certain conditions are met, the conditions caused that thing. Sadly, as in the above case, the idea that meat spontaneously generates maggots is based on too little information.

Without further ado, here are some don’ts and do’s.

When it comes to argument and logic, there’s a pile of things that you should keep in mind. This is a partial list of the things you should not do. They are in no particular order.

The Do’s of Argument 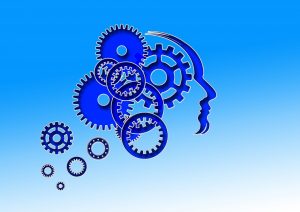 This is an ultra-basic introduction to the concept. It’s not just for arguing with your friends and colleagues but also for settling marital or relationship disputes. It’s most important to remember that emotion has no place in logic. ‘What about the children?!?!’ is not an argument. Personal attacks on your opponent are not arguments and their attacks on you shouldn’t be taken personally.

Let’s bring back the art of conversation, discussion, disagreement, and argument. It makes us better men.

The Participation Trophy and Why It Should Die

How Fighting Made Me A Better Man