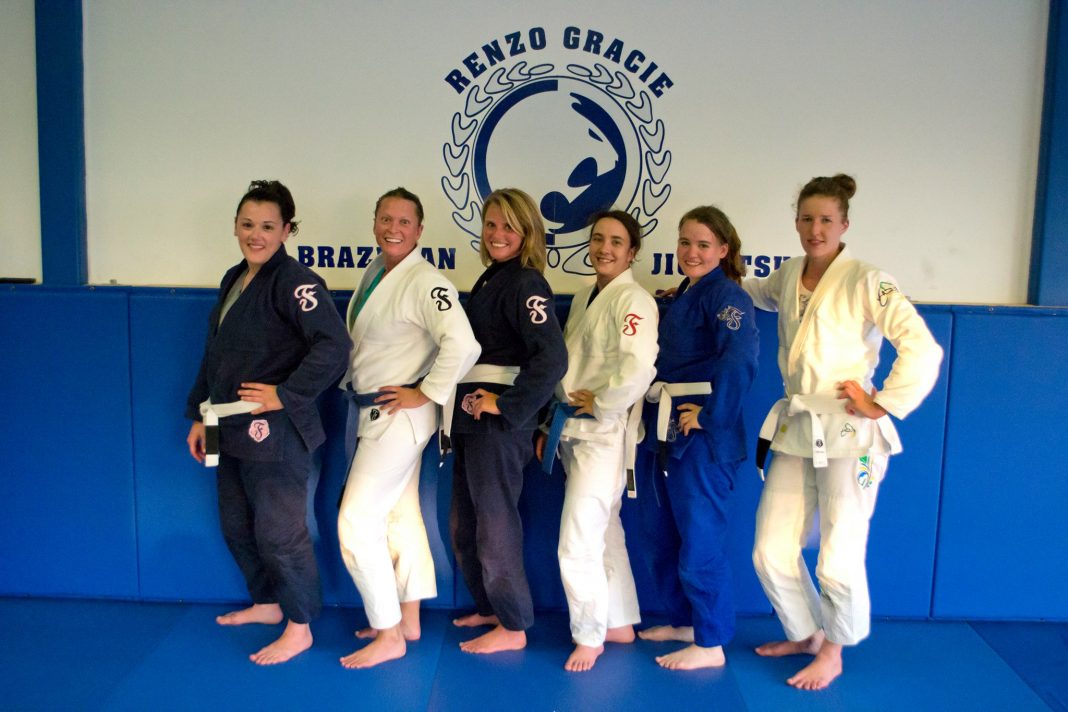 So, you’re a dad that worries about his daughter, right? I get it. It’s natural to worry about your little girl. It’s rough out there for them. They have school, sports, and other interests to worry about. Us dads worry about boyfriends, parties, and other antics. She ventures off into the world on a daily basis and you wonder how she protects herself when you aren’t around. We worry about her possibly becoming a victim of a crime, whether it is a robbery or sexual assault.

What can I do to ensure her safety and security? Ideally, her learning how to use a gun and carrying one (depending on age) would be the best defense. Since some of us live in states that are harsh on gun ownership, we have to seek alternative means of self-defense. Do we give them pepper spray, a knife, or maybe a stun gun? I would suggest one or all. What if they can’t get to those things fast enough? Well, say hello to Brazilian Jiu-Jitsu!

What is Brazilian Jiu-Jitsu?

Brazilian Jiu-Jitsu is a grappling Martial Art that is conducted in a Gi; without it, it’s referred to as No-Gi. You can trace its roots back to Japan. Judo master and founder Kano Jigoro sent his student Mitsuyo Maeda on an expedition around the world to spread his teachings. Maeda eventually ended up in Brazil challenging martial artist from every style imaginable. On his voyage to Brazil, he met Gastao Gracie, a local businessman. Maeda instructed Gastao’s son Carlos in the art of judo or jiu-jitsu. Carlos passed his knowledge to his brothers. Carlos’ little brother Helio decided to develop a more pragmatic style of jiu-jitsu that concentrates on ground fighting.

The Gracie Family are the most prominent family in all of mixed martial arts. Brazilian Jiu-Jitsu is basically about controlling your opponent while maintaining balance and using your opponents momentum against them (size does not matter!). It’s also an art of submissions by using an assortment of chokes (blood and air chokes), leg locks, and cranks (generally head or neck cranks). Sounds good, right?

As ugly as this may sound, sex crimes against females are a prominent occurrence in our world. First of all, children, especially young girls are the target for sexual predators such as pedophiles, sex traffickers, and rapist. Predators tend to prey on the weak. Brazilian Jiu-Jitsu is a tool that will help lessen the chances of your daughter becoming a victim of a heinous act. Secondly, maybe your daughter has a bully in school that she needs to deal with and doesn’t know how. Brazilian Jiu-Jitsu’s is the ultimate nemesis of bullies everywhere (google “BJJ kids beats up bully,” and you will find several videos on YouTube). BJJ uses a would-be attacker’s body weight and momentum against them.

This is a martial art built for small people. A novice or white belt in BJJ has the strong possibility of overcoming an attacker who has no training at all. All it takes is paying attention to detail during training, a good instructor, lots of practice, and willingness to learn.

Anyone that has ever taken a martial arts class knows that it builds discipline. BJJ is no different. Any good instructor in BJJ will also be another mentor in your child’s life. Having more than one mentor is not a bad thing. That instructor will instill sportsmanship among peers and higher belts, ingrain a code of conduct while in the gym and out, and help motivate your child to succeed. BJJ instructors pass on what they have learned from their instructors. If your kid’s instructor is a decent person, chances are they will teach your child to be a better person in your absence.

If your daughter lacks suitable self-confidence, then BJJ is the martial art for her. Due to BJJ being an art that drills a lot, it’s an art of repetition. Coincidently, she is not going to get a technique correct the first time she learns it, or she may get submitted a million times in a live sparring session. As a result of constant practice, it’s a solid guarantee that she will be proficient in the skills learned. Confidence is a necessity that BJJ can help build.  Most of all, once she sees that she will eventually start improving it will be the ultimate confidence boost. Imagine her getting submitted every day by a much bigger opponent and one day she turns the tide! What more does she need?

The strange thing about BJJ that people never seem to understand is that it brings people together. In BJJ, black, white, brown, and yellow are colors we only recognize on belts. It becomes a brother/sisterhood. People from all walks of life come into the gym for the same common purpose; to improve and learn. Blood, sweat, and tears will form an incredible bond with the other students. They will form the most unlikely friendships and embrace the suck together. It is a beautiful thing to watch.

Finally, BJJ is great for cardio and strength building. It improves cardio because during a live roll it is constant movement due to her battling to better her position. Strength building occurs due to her using her arms, hips, and legs to push someone off, take someone down, or submitting her opponent. Which, can tire muscles very quickly. Child obesity is running rampant in our country, and BJJ is a perfect tool to combat that due to continuous muscle use and strenuous cardio.

Brazilian Jiu-Jitsu Is Worth It

Finally, most gyms are a bit pricey but after all, she is your daughter and her safety is worth the investment. I would scout around and use the interwebs to find the best gym for your little girl. Look for ones with an aftercare and a summer camp if she is looking for something to do in the summer.

Lastly, I am not singling out your sons. Parents are not hesitant to put their son in some martial arts, but most parents are little weary when it comes to their daughter. Obviously, BJJ and other Martial Arts can be rough at times, and injuries can occur; However, it’s not that often. Most parents want their girls to be cheerleaders and be girly-girls. Remember, if you are worried about your child being a victim then there is nothing wrong with teaching your daughter to avoid it. If you live in Maryland and need an MMA gym, come to Ivey League Mixed Martial Arts in Annapolis. Tell them Creel sent you. If you’re not convinced that your daughter needs to defend herself, you could benefit from reading my other article. Oss!!!

The Way of the Fight: My First Fight Experience