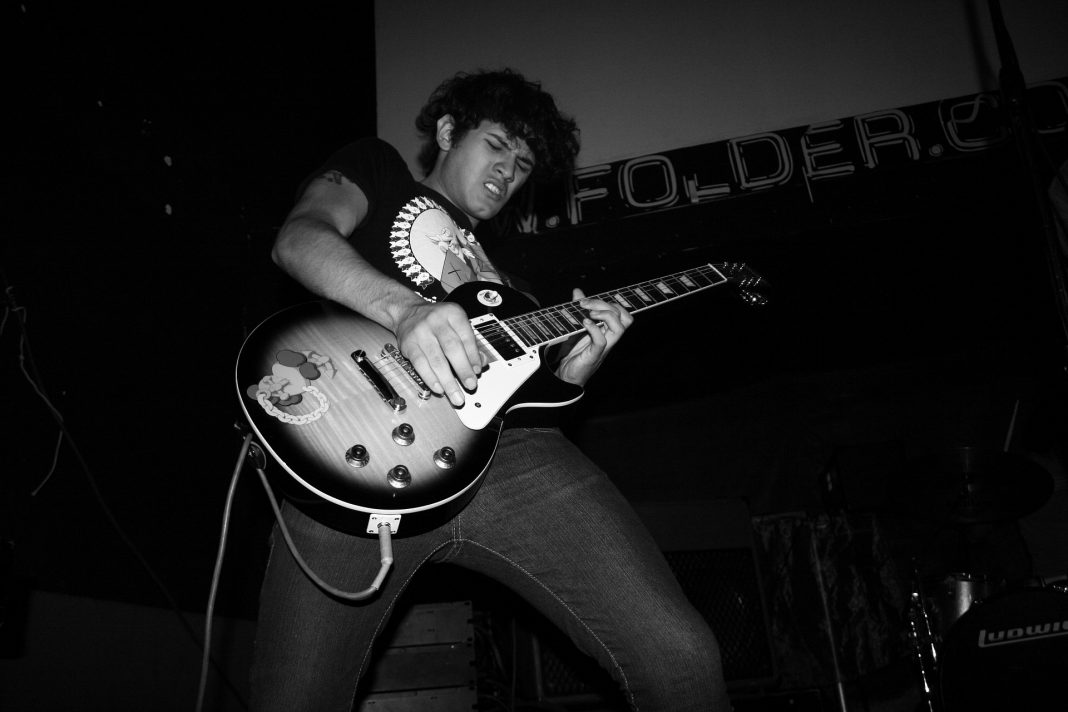 Music is the great equalizer of our world. By this, I mean that you pick any band from any genre, and you will find fans from all different ethnic, social, and economic backgrounds. Music is constantly in a tug of war between what has been good and “innovation”. In a day and age when most kids simply like whatever is trending, most of which in my opinion is always the same old industry driven garbage, however, I say bring on the Rock ‘N’ Roll!

As my daughter’s second birthday has recently passed, my wife and I have really begun to take notice of her favorites. Over the last six months or so, she has certainly started to develop favorites in certain things. The main favorites we have noticed are in the children’s shows we play for her. I dread these favorites because I can only take so many more episodes of Word Party and the Octonauts. However, many of the kids’ shows these days feature the characters singing and dancing during each episode. For a long time now, she has recognized these and even dances to many of the recurring songs. Not much different than my generation thrashing to some Rock ‘N’ Roll with MTV Headbangers Ball once upon a time.

What has started with tunes from children’s shows will eventually lead to her developing her own taste in music. The other day I was working on something in our kitchen and had Pandora playing. After a while, an older Metallica song came on, one with a heavy drum intro. As I was drumming along on the counter, Evie was sitting in her chair mimicking me and drumming away. I got to thinking about this pretty hard. Did she recognize the drum beats in the song or was it a simple moment of ‘monkey see, monkey do?’

Let there be Rock

Many people would think I want to pressure my daughter into only liking what I like, musically, by saying this. I would never do that, as it would just be bad parenting. She does need to see that there are options, however. I think the important distinctions to make are that influencing and pressuring are not the same thing. I absolutely want to influence what my daughter hears and enjoys.  To say otherwise would be to say I do not care about my daughter’s future.  Music is such an important tool, both in social networking and in emotional and mental focus/control. I want my daughter to hear every genre and band that she can, not just the Rock ‘N’ Roll that I love so much.

When my brothers and I were growing up we listened to all of our dad’s music. Everything from Waylon Jennings and Willie Nelson to Joan Jett and REO Speedwagon and many more. To this day ‘Hi Infidelity’ is still one of my favorite albums. As teens, my older brother always controlled the radio so we got Ozzy, AC/DC, Van Halen, Rush, and Motley Crue. After a friend let me borrow Anthrax’s Among the Living, I got hooked on thrash metal. As you can see, I had a wide choice of music in my life growing up. That is what I want for her to have. A variety of options so that she can make her own choices.

Putting in the work

Another thing I would want her to know is that back in the 70’s, 80’s, and early 90’s, musicians had to work hard to get their break. They weren’t just plucked off of Disney or some overly glorified karaoke singing competition. The talent was actually judged by those with actual talent, not some angry British schmuck and a couple of has-been industry puppets!

While my daughter is growing up I may have to suffer through the next generation of Hannah Montana and the Jonas Brothers. But, if this is what she actually likes because she chose to like it of her own free will, then I will gladly suffer through it with a big fatherly smile on my face!

But what if she Blinks?

Reality may find me not liking her musical taste.  That is something I accept for sure. If she turns out to be one of those aggravating little Pop Punk kids; thinking it is way cool to mosh to Blink 182 and wear ripped jeans and flannel like it was their idea, that is just something I will live with. As long as she came to decide this for herself, I will be cool with it. Rock ‘N’ Roll is really about being your own person and breaking the conventions

So, in closing, whatever her taste in music may turn out to be, as long as she understands that under absolutely no circumstances should a vampire ever sparkle, I will look at her and say “Party On, Garth”!

Why Do Guys Fall Asleep After Sex?

You’re Never Too Savage To Teach Your Kids Survival Skills