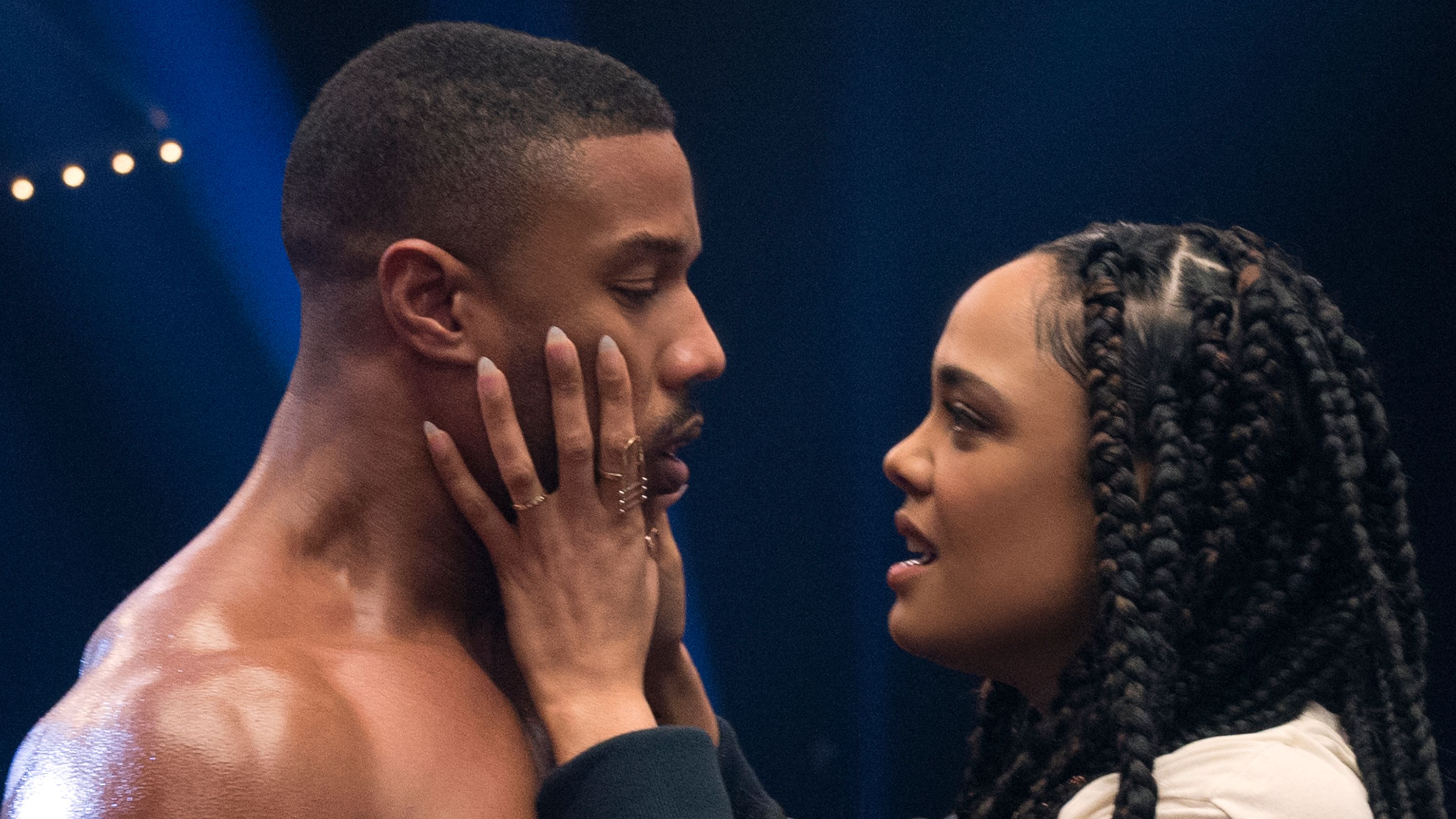 I was never really a fan of boxing while growing up. I found the sport boring for a lack of a better word. It just never had enough flare for me. Maybe that is why I find boxing movies entertaining. Creed 2 is unrealistic, but entertaining nonetheless.

Creed 2 is directed by Sundance Award-winning director Steven Caple Jr., and stars a returning cast led by Michael B. Jordan (Adonis Creed), Sylvester Stallone (Rocky Balboa), and Tessa Thompson (Bianca). Creed Director, and frequent collaborator of Michael B. Jordan, Ryan Coogler, did not return to direct the sequel but he still had his hands involved in the project as a writer.

That being said, the director role of a Rocky/Creed boxing film was and easy task for Caple Jr. This franchise has a formula and Caple Jr. followed it to a T, which is not necessarily a bad thing. You get a fight or two in the first act. From there, you get some inner-conflict with the lead actor in the second act. Lastly, you get the final boss fight at the end. 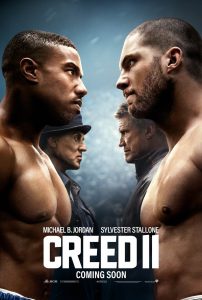 It has been a few years since we last saw Adonis Creed, on the big screen and things have changed for the better. Adonis is on top of the boxing world, with the Heavy Weight Championship firmly wrapped around his waist. What could possibly go wrong?

Ivan Drago procreating is what could possibly go wrong. A million years or so has passed since Rocky and Drago stepped into the ring and beat each other’s brains into mush. Since then, the lives of those two boxers turned out vastly different. Rocky went on to being one of the most celebrated boxers in history, while Ivan Drago returned to Mother Russia filled with shame, only to be forgotten by a country that once praised him.

Now if you have never seen Rocky IV before, let me just start by telling you that you are missing out on one hell of a training montage. Rocky IV has taught me that the world is my gym, and everything you need to know about being a man is in that one montage scene.

I find it refreshing that we get to see what Ivan Drago has been up to since losing his fight to Rocky. One of the biggest flaws the Rocky/Creed franchise has suffered from is a lack of character development when it comes to the opposing fighters, with the exception of the late great Apollo Creed. Creed II changes that flaw when we are introduced to Ivan Drago’s son, Viktor Drago (Florian Munteanu) who is also a boxer. Plus, Viktor is just as dangerous as his daddy inside the ring. 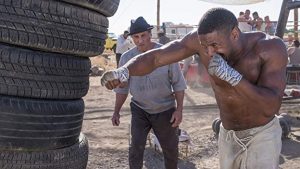 Michael B. Jordan and Sylvester Stallone once again have great chemistry on-screen. The mentor/mentee dynamic between these two actors has only gotten stronger. It has also become repetitive as well, unfortunately. The conflict between Creed and Rocky at times feels forced. There’s a portion of this movie that even plays out like a romantic drama. Creed and Rocky say some things during a disagreement, one person takes it too far, they break up. 30-minutes later they are back together again. 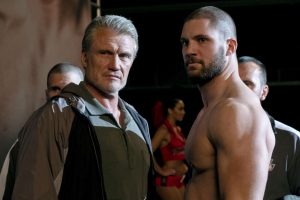 Creed and Rocky had problems sure, but the father/son relationship the Drago’s have is depressing to watch. Ivan’s fall from grace translated into him putting all of his focus into his son Viktor’s boxing career. Ivan (Dolph Lundgren) loves his son. Unfortunately, Ivan grew up in a cold and unforgiven world. Showing emotions like love is considered a sign of weakness where he comes from. A sentiment Viktor Drago learns very early in his life from both his parents. At times, I found myself rooting for Viktor because of his rough upbringing. Viktor is easily relatable and I truly enjoyed this storyline.

Phylicia Rashad as Mary Anne Creed and Tessa Thompson as Bianca felt wasted in the first film. The two did not have much to do in this installment, either. It sucks because they are talented. But at the same time, there is not much you can do with their characters so I get it. I will say, Bianca’s music has improved since the first film though. Creed’s entrance in the final fight was fire thanks to Bianca.

The camera captured the boxing sequences beautifully. However, we do not get a repeat performance of those beautiful long takes from the first film. The entire audience could feel the intensity of these shorter boxing scenes in my theater showing. Each blow drew a reaction from the crowd with “oohs“, “ahhhs“, and cheers. One of the fights in the film got so bad that a lady in my theater showing started shouting towards the screen, “Oh my God, stop the damn match!” I appreciated the fact that this pretend boxing fight felt so real that it was able to draw up such a response from its audience.

If you watched the first Creed do not expect much of a difference in the second film. This franchise has a formula that it sticks to and it works. If you are okay with that, I highly recommend you go see this film. It’s a KNOCKOUT!

…apologies for the pun.

If you enjoyed reading my review then you might be interested in the fact that I also have a podcast titled, Almost First streaming on all major platforms such as SoundCloud and iTunes. Check out the embedded link below and be the first to listen to Almost First!

Evolution of A Fraud: The Colin Kaepernick Story