Throughout history, men’s dress and appearance have changed and continued to evolve. Since all of us were not there in the cave-dwelling days, we can only assume that early man dressed in the fur of whatever hapless animal they managed to kill. Due to evolution and advancement, clothing and appearance also evolved into something more complex.

Often times the look was eloquent, other times it was not. Incidentally, we have again fallen into the ineloquent category. It is probably due to the fact that most men think being fashion forward is for women. As a result, we have truly forgotten what it is like to dress and look like a man.

Have you ever seen a picture of men in the 1940’s? They wore suits, had chained pocket watches, and fedoras. Hair was combed and shoes were shined. Frank Sinatra and the infamous Rat Pack were suited up in almost every photo. Because they dressed like that, women flocked to them and they were the most sought after men in Hollywood. They had style, swagger, and an unmatched machismo idolized by men and loved by women. As a matter of fact, this was the standard of that era and I cannot recall any image that had anyone dressed differently unless it was in rural areas. Seems like today, we are a far cry from that era due to it being considered old-fashioned.

Mostly, men of today dress like every day is laundry day. We no longer care what we look like and being fashionable is shunned. It has become “cool” to not care about your clothes or appearance. Most of us have the “dad look”. You know the look, right? Screen T-shirt from Spencer’s tucked into some khaki or jean shorts, long socks to the knees, and some plain busted sneakers. This “cool” attitude is a pandemic that runs much deeper than clothes for American men. Personal hygiene plays a part in this as well. Hair is usually uncombed, teeth not brushed, and facial hair is unkempt. Consequently, it seems like they are saying “I give up”. No respectable woman finds this attractive.

Why should you care? 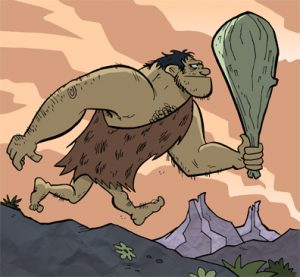 I know what you are saying. “Who does this pretentious asshole think he is, telling me how to dress? I’m a man! I am not supposed to care.” First of all, you are dead wrong. Caring about your appearance shows confidence and success. In addition, it shows the opposite sex that you’re strong and make the effort to be attractive. You may not be that great looking, but fixing your appearance will make up for that. I am not saying look like Brad Pitt everywhere you go. I am not saying go buy designer clothes. You can buy clothes at any retail store that still look nice. I’m saying that going out in public in the attire you slept in is unbecoming. Caring about your appearance is one of the manliest things you can do. You and your girl will appreciate it.

The Art of Manscaping: It Should Be Routine