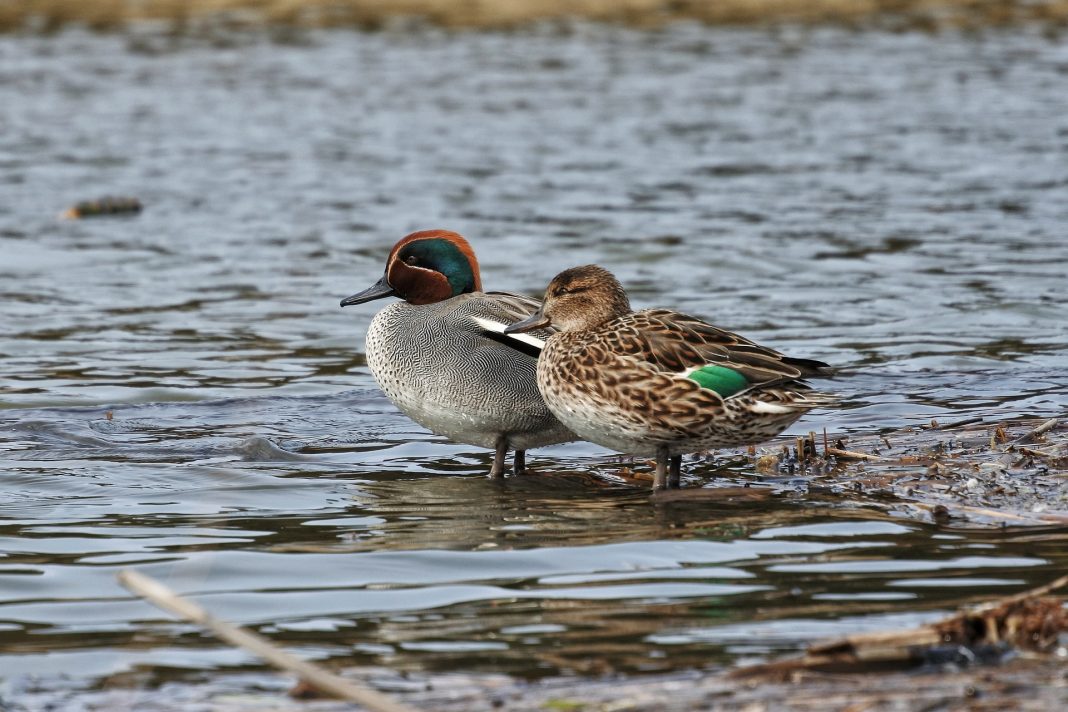 Texas has three weeks in September for teal season. I managed to make it out twice for my first teal season, twice for my first solo hunts. Still considered a novice waterfowler, I came away from those two hunts with a slightly better understanding of how ducks and duck hunting works. This is a short list of early teal season lessons learned.

My first teal season hunt was a beautiful blue-bird day with a ten mph breeze coming from the west. Temps hung around the mid-70’s most of the morning; until around 11 am when the temperature skyrocketed into the high-80’s/ low-90’s. The second hunt couldn’t have been more different. Eastern wind holding around 5-7 mph, scattered thunderstorms, humid and temps hanging in the mid-’80s. Day 1 showed a lot of teal flying and flying well into the late morning until a group of hunters came in sky-blasting out of the bed of a pick-up truck. Day 2 showed the teal up about 45 minutes before legal shooting hours, and then seldom flying shortly after shooting hours started.

Cooler temps kick-start the waterfowl migration pattern. Teal is an early migrating species, simply meaning they move south to winter a lot sooner than other species of waterfowl. The humidity and overcast weather kept teal from flying after the temps started to kick up. The cooler it stayed, the longer the birds flew. Most waterfowlers know this, but I never realized exactly how big of a factor the weather was. I’ll probably have better luck hunting cold, clear mornings rather than hot afternoons here in West Texas.

Placement goes into two categories for me. First is the placement of decoys. During the off-season, I researched and tried out multiple decoys spreads to bring in more ducks. The half-moon and V-shape didn’t work well. I decided to let the birds tell me what to do. I used my buddies Avian-X Green-wing decoys (6 total, three drakes, three hens). Then noticed the teal were hanging out in groups of 2-6 birds and were paired up. So placed my decoys in pairs, with a triangular landing zone in the middle, and they started working. Therefore the moral of this story is to look natural.

Second is picking my hunting location; which weather will dictate to a degree. Day 1 of hunting, the wind came from the west. The further west I moved down the pond I hunt, the more birds I saw and the more they decoyed. That is how I took my hen green-wing. Day 2 I get into the same spot, but the wind was from the east. A group of hunters set in between me and this small jetty on the eastern end of the pond. All the birds flew in from the east, hit this group of hunters and were shot at. I never got a chance at some large groups because I placed myself too far to the west.

Should have taken my own advice after writing The Off Season: Combating Hunting Withdrawal. Yeah, I’m talking about practice. I am rusty with a shotgun and moving targets. I missed large groups and single ducks that flew within range because of a lazy off-season. Out of 2 hunts, I managed to knock one teal out of the sky, while the other I took while she landed. 1 out of probably 39 in the air is not a good record to have. Between now and the regular season opener at the end of October, I’ll be taking the Mossberg down to shoot some skeet and trap. If you’re worried about your accuracy, you should think about doing the same.

I can’t complain too much about my first teal season. I learned a couple of lessons the hard way yet gained some confidence in what I learned from last duck season. Duck season in Texas has a weekend teaser in October, and I’ll be putting these lessons learned into practice.