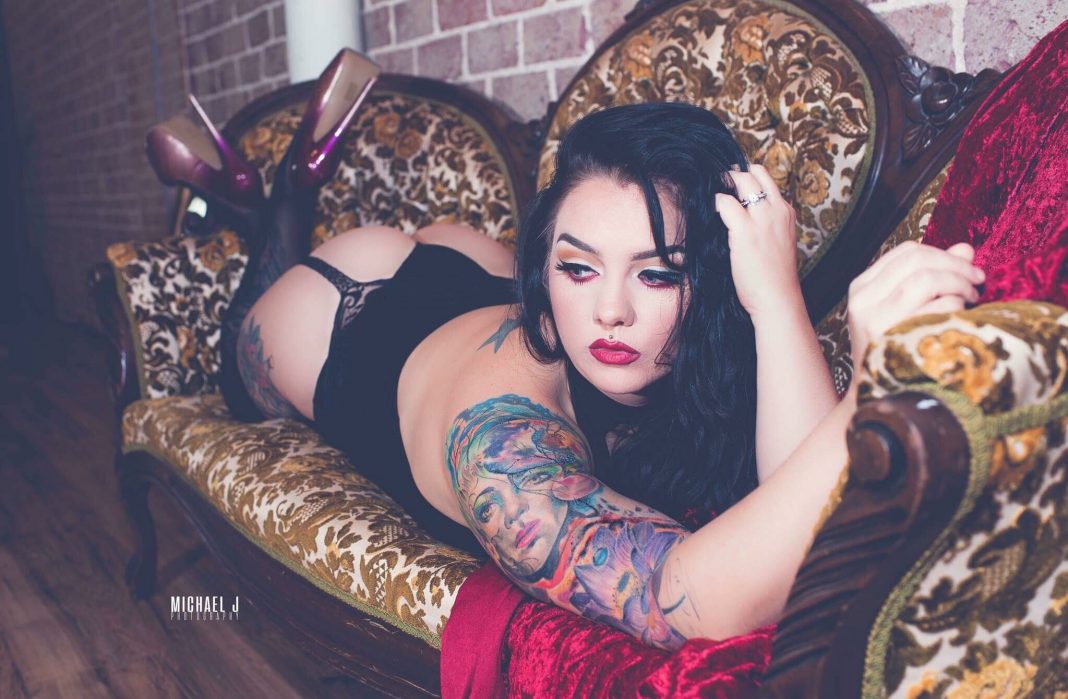 For this months Goddess, we bring to you a gorgeous and driven, East Texas Woman. Harley Von Fierce fights for her beliefs. She has shared her story with us, and we couldn’t help but share it with you. Miss Harley V is a fascinating and inspiring woman; please welcome her as our March Goddess of the Month!

Harley Von Fierce is a 27-year-old mother of three. I finished my Associates of Arts in 2015. I grew up in a small town in East Texas called Diana. As a small town girl, I never fit in. I was different and didn’t feel like I blended well with the country lifestyle. As I grew older, I became more and more rebellious against modernized style and views. I became a grassroots activists and got involved in my community.

Harley Von Fierce, an Activist, and a philanthropist!

I was the President on the Board of Directors for a non-profit organization called Secular Humanist Society of East Texas, where we advocated for a secularized democracy and educated people on humanism and humanism ethics and philosophies. I was featured in my College’s newspaper for being “different” and advocating for what they labeled, “Being Different is Okay.” I was offered a chair position for the Democratic Party of Gregg County, but respectfully declined due to issues with my title in Secular Humanist Society of East Texas at the time and endorsing political parties. I helped organize a local concert of metal and rock bands to help raise over $600 for the local women’s shelter back in March 2014 and continue to orchestrate events and fundraisers to assist in helping the needy. Including handing out items, clothing, and canned goods to the homeless.

Did we mention she’s a model?

I am now a full-time makeup artist and work independently. I model in my free time and strongly advocate for body positivity and support for all women. I believe in being kind to one another as humans and offering a lending hand when you can. I am also an animal rights activist and vegan. Being a makeup artist is a dream job. I love the artistry and making my clients feel beautiful. Since beginning my journey, I now contract with some of the best local photographers and business owners. I work for many established models and magazines, as well. I never expected to get to where I am doing makeup or modeling. I started this because I loved it and it was a fun hobby. I’m so fortunate to have turned my passions into a career.

As far as my personal take on life and what truly defines success, I believe that we are all here on Earth for a short period and we need to all make sure that everyone here feels worthy and can be free to be who they are. I strongly support rocking whoever you are and want to be regardless of what anyone says. I believe in rights and happiness for all living beings as long as your actions do not hurt anyone. My lifestyle would be one that reflects someone loyal who doesn’t want to impose negativity and is always there to help those in need. I firmly support the concept of “live and let live.” I may not agree with someone on certain ideologies, but I respect your right to hold your own beliefs.

Harley Von Fierce has a lot of the same goals and ideals as the MING Family. She wants to make the world a better place and actively pursues that goal. And that is something we can get behind. Follow her on Instagram to keep up with her, and show her some support by becoming joining her patreon!

Overreaction Analysis from Week 1 in the NFL

A Better Man: 12 Days a Year Without Meat