With the 2019 Oscars complete we have finished what some call awards season. With this wonderfully predetermined time of year comes everyone’s ‘In Memorium’ videos (which apparently excludes hard rock singers and musicians). I have had to mourn the loss several people in my life who I was close to. If you are reading this, chances are that you have lost someone who meant the world to you. It is just a cold fact of life that we lose people we care about.

Who can we mourn?

To mourn is a natural stage in life. Everyone passes on, whether it is a family member, friend, or the parent of a friend. Maybe it was a soldier that you served with or someone from a unit you were in. In some cases, it may have been someone you looked up to; a musician, actor, or comedian. After all, at the end of the day, they are people just like us.

Should I feel bad about missing Chester Bennington, Jimmy ‘The Rev’ Sullivan, and Darrell ‘Dimebag’ Abbott the same way I miss my brothers and other departed family members? I have been a longtime fan of both Pantera and Avenged Sevenfold. My homage to Dime and The Rev is to only listen to their music on the anniversary of their death. I do the same thing for others such as Cliff Burton (Metallica) and Layne Staley (Alice in Chains).

That all changed one fateful day in late 2011 when I lost one of my brothers and another brother a few years later. Until then I had given no real thought to mourning the loss of musicians, singers, or others in entertainment. Anyone who has lost a family member understands that is complicated enough. Throwing mourning celebrities and entertainers into the mix tends to muddy the waters, for lack of a better term.

Is it right to mourn and/or celebrate the life of a celebrity the same way as you would for your family or close friends? As with so many other things in life, there are no rules, no handbook, or even as Jack Sparrow would say “merely guidelines”!

I have thought about this off and on since losing my brothers. Well, in the last year several celebrities have passed such as Burt Reynolds, Aretha Franklin, Vinnie Paul, and former President George H.W. Bush. Most recently we have lost Bob ‘Super Dave Osborne’ Einstein, wrestling legend ‘Mean’ Gene Okerlund, and Luke Perry. With their passing, it comes back and makes me want to ask, how do we mourn?

Sure, there is no guidebook, field manual, instruction sheet, app, or meme on how we handle our emotions. Especially when it comes to the passing of loved ones versus celebrities. Pretty sure we will not find an answer on Twitter, Facebook, or Instagram! So what is right or wrong? Who gets to make that decision?

Some say it is ok if you have a personal connection with the person in question. For example, I discovered George Carlin when I was about 15. And his style of comedy has had a big impact on my way of thinking and how I see the world to this day. It’s been over 30 years! 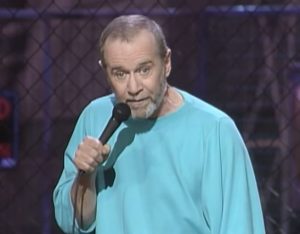 Others say that no one leaves this world without positively affecting someone else. Both small and large influences are important in shaping who we are. An example of this is Stan Lee, who positively affected not only millions of comic book readers. But is also a man who helped shape an entire industry. His work contributed to the Marvel Cinematic Universe and how we view superheroes today.

It is undeniable that the sound and style of Aretha Franklin has inspired and influenced more singers than I could possibly list here. There are so many other singers/musicians who have passed that were inspirational, such as Darrell ‘Dimebag’ Abbott and his recently passed brother Vinnie Paul Abbott. These guys inspired possibly as many guitarists/drummers as Aretha did singers.

But yet, there are those who feel that we as a society idolize celebrities too much in life as it is. Why should we idolize them when they have passed away? Once again I ask, what is the right answer?  After we have decided whether celebrities should be mourned or not, there is another question to be addressed. How do we decide which celebrities should be mourned? Personally, I will always have the memories of George Carlin and how he shaped my view of the world but could care less when the Kardashians are gone! Does that justify judging those who would mourn the Kardashians? Are their reasons less pure than mine?

While I cannot stand the thought of the Kardashians and other so-called “Reality Stars”, There are those who have been inspired and influenced by them. No different than the way I was by George Carlin. Or the way many singers were by Aretha, Chester Bennington, or Chris Cornell.

So here’s my bottom line. If the person in question had some influence on your life, then it is ok to mourn them. No different than you would a family member or friend. Since there is no right or wrong here, I want your thoughts. I can’t be the only one who thinks this way, right?  Comment and give me your take!

Overreaction to Week 10: Back After an Unnecessary Bye Week