Home Culture History Man of the Month: Hal Moore and the Men of the 7th... 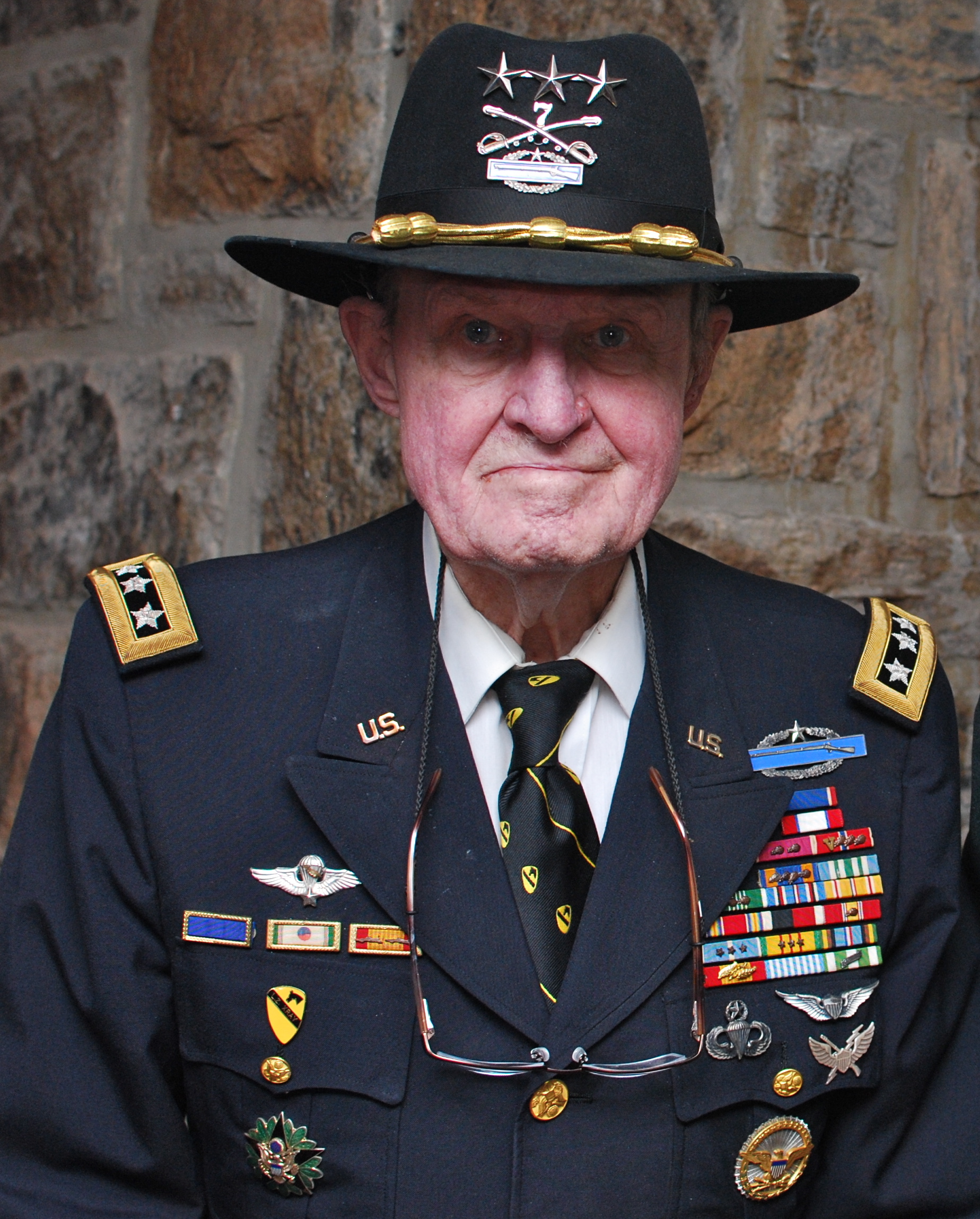 As young boys, we need role models to help evolve us into ass-kicking, potently reproductive alpha males.  But, who is there to show men how to be better men?  Luckily, I’m compiling a list of extraordinary men who we all have something to learn from.

Kicking off the “Man of the Month” series is the late Lieutenant General (ret.) Hal Moore.  Moore was the commander of the 7th Cav, a regiment he inherited from the infamous General Custer.  So, Hal took this cursed regiment into the first major conflict between the North Vietnamese Army and the U.S. in the Ia Drang Valley.  And kicked.  Their.  Ass.  In addition to being outnumbered more than 2:1 by the NVA, American figures place the body count at almost 3:1.  That’s 3 commies down to every 1 soldier.  Respect.

First In, Last Out

Moore was a true leader.  He strongly believed in leading from the front.  Therefore, he made the promise to be the first boot in the Valley and the last one off it.  He even disobeyed direct orders to leave the battle, choosing instead to stay and fight with his men.  Today, military leaders are often, beyond their control, relegated to the rear.  Some shit about better “command and control”.  Also, as a true man, he had respect for his enemy.  He believed his duty was for strategic success without personal vendetta.  After the war, Moore visited Vietnam seven times.  Furthermore, he would seemingly befriend the NVA General who opposed him at LZ-Xray.  A real man separates their emotions from a situation to make the most rational decision.

Hal Moore inspired his men.  He believed in a “power down” methodology.  Basically, empowering the lowest level to make decisions for themselves in support of the overall mission.  Almost any soldier of the 7th Cav could be our Man of the Month.  Bruce “Snake” Crandall, a Huey pilot, evacuated more than seventy wounded men out of the Ia Drang while bringing in much-needed ammo to the fight.  Oh, and his helo was unarmed during every flight.  He got the Medal of Honor, of course.

Then there’s Rick Rescorla.  This BAMF left the British Army for good ol’ Uncle Sam because the Brits just weren’t killing enough commies.  In Moore’s memoir, We Were Soldiers Once … And Young, Rescorla is called, “the best platoon leader I ever saw.”  Still, what Rescorla’s platoon nicknamed him is probably more accurate: “Hard Core”.  Forty years later, Rescorla was last seen on the 10th floor of the World Trade Center, going up, after evacuating more than 2,500 Morgan Stanley employees.  The South Tower collapsed, and his remains were never recovered.  Rick is now forever memorialized as a statue at the National Infantry Museum.  Just to remind these high-speed new “blue chords” that they’ll never be Rick Rescorla high-speed.

I chose LTG Hal Moore for this month to make sure his impact and legacy does not fade with his recent passing.  A true man of men, Moore was calculated and inspiring, the iron that sharpened iron.  If you haven’t seen the movie or, even better, read the book, I highly recommend it.  As a military history major, they are both incredibly accurate in the depiction of the battle but, as a military leader, they offer significant insight into how a successful leader thinks and acts.  It was not only the actions of Hal Moore and the men of the 7th Cav that set them above us peasants, but the personalities that must be made to carry out those actions.  By that, I mean huevos that have to come through a doorway one at a time.  So take notes, you so-called “men”. Until Valhalla, AirCav!