Alright fellas, gather around. Tom Brady, Anderson Silva, MJ (or Lebron?), even Billy. There are many famous GOATs out there; there is undeniably only one true Greatest Of All Time, and he has no problem telling you. That’s right, I’m talking about the one and only Muhammad Ali.

Muhammad Ali, or Cassius Marcellus Clay Jr, was born in 1942 Louisville, Kentucky to a painter and stay-at-home mom. Hardly primed for a life of boxing. However, the sport quickly consumed him during his early teens. Some punk with a hidden death wish stole twelve-year-old Cassius’ bike that he got for Jesus’ birthday. Police officer Joe Martin, responsible for the reported theft, recommended the young Clay “learn how to fight first” as the youngster bragged about what he’d do to the thief if he ever found him. Martin must’ve had an eye for talent as he began training the pre-teen before going on to become the greatest recruiter of all time under the pseudonym “Nick Saban.”

From that moment on it was all ass-kicking, all the time. Ali had no time to concentrate on school with rearranging other people’s facial features generally occupied his schedule. Young Ali failed the 10th grade and graduated 376th out of 391 students; only excelling at art and gym. Ali’s response was “I said I was the greatest, not the smartest!” which is just polite for, “I don’t need to be smart to shatter your brain case.” Of course, we all know Ali was drafted into the Vietnam War. What you may not know is he failed the Army’s IQ test, making him a perfect candidate for the U.S. Infantry.

I don’t think I have to begin a paragraph with an argumentative statement that needs defending. Ali made sure that the statement, “Muhammad Ali is the greatest boxer ever” is a statement of fact. Or as he put it, “I’m not the greatest, I’m the double greatest.” As an amateur, he held a 100-8 record before his 19th birthday. Within those hundred victories were six Kentucky Gold Gloves, two National Gold Gloves, an Amateur Athletic Union National Championship and a gold medal at the 1960 Olympics. 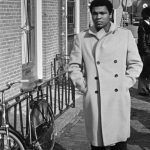 After his professional debut at age 18, Ali would go on to have a professional record of 56-5, 61% of those being knockouts. Three of those five losses came twenty years after his 1960 professional debut. Ring Magazine crowned Ali “Fighter of the Year” more times than anyone (5). Additionally, Ali became the first boxer to win the world heavyweight title three times. Ali defended his belt a total ten times, to include the “Thrilla in Manilla” against long-time rival Joe Frazier. Muhammad Ali earned his spot in the Boxing Hall of Fame in 1990.

Ali didn’t just win; he knew he was going to win. Probably equally as famous for his trash talk as his knockouts, Ali’s pre-fight hype was legendary, leaving him to be dubbed “the Louisville Lip” by some members of the press during his amateur career. In 1962, Muhammad Ali squared off with former trainer Archie Moore. Ali, still a rookie by many standards, predicted: “Archie Moore must fall in four!” Ali won the bout by knockout … in the fourth round. Of course, there is Ali’s infamous first title bout against Sonny Liston. Ali spent months leading up to the fight taunting Liston. Despite being a heavy underdog, Ali vowed to “float like a butterfly and sting like a bee.” Liston failed to answer the bell for the seventh round.

Other notable victories of Ali’s professional career include “The Fight of the Century.” Surrounded by controversy for dodging the draft, Ali faced undefeated Heavyweight champ, Joe Frazier. Ali was looking to regain his belt after serving a 43-month long ban. Frazier retained his title, handing Ali his first professional loss. Ali’s next chance at the title came in the form of “The Rumble in the Jungle” against 25-year-old George Foreman. It was a great day to be a betting man as for some godforsaken reason Ali was a severe underdog. It was here that Ali employed the “rope-a-dope” technique that became the brainchild for the Rocky movies. Ali knocked out Foreman in the eighth round.

A Champion Outside the Ring

Despite his notoriety for his braggadocios personality, Ali became an envoy of peace and community after his retirement. Diagnosed in 1984 with Parkinson’s disease, Ali devoted his life to service and charity. In 1991, Ali traveled to Iraq amidst the First Gulf War to negotiate the release of U.S. prisoners from dictator Saddam Hussein. A decade later, he visited Afghanistan as a United Nations Messenger of Peace. In 2005, President Obama awarded Ali with the Presidential Medal of Freedom, the highest award that can be bestowed upon a U.S. civilian.

This June is the one year mark of the Champs passing. There is much that we as men can learn from Ali; “It’s not bragging if you can back it up.” “Don’t quit.” “Suffer now and live the rest of your life as a champion”, and “If they can make penicillin out of moldy bread, they can sure make something out of you” are just a few to remember. More importantly, however, is what we can learn as humans; “Service to others is the rent you pay for your room on earth” and “live every day as if it were your last because someday you’re going to be right.” Actually, there is an effect in the psychology community known as the “Muhammad Ali Effect.” It is used to describe when people compare their intelligence and morals to others.

A Legacy That Lasts

This is probably the hardest article I’ve written. There’s no good place to stop talking about the kind of man Ali was. His levels of drive, perseverance, and conviction are so seldom seen. It’s no wonder he managed to be so wildly successful in every endeavor. How often is it that someone can shout “I will show you how great I am!” and convince every single critic?

If you ever need to get pumped up for the gym or an intense fondue party, let the words of the Champ fuel your motivation. Rarely does such a combination of devastating overhand rights coupled with poise and dignity exist so perfectly. His charisma in the ring and charity outside it are indicators of the personality and values that are truly what people will remember about “The Greatest.” So take note all you wanna-be GOATs, you still have so far to go.

Make Music Great Again: The State of the Music Industry