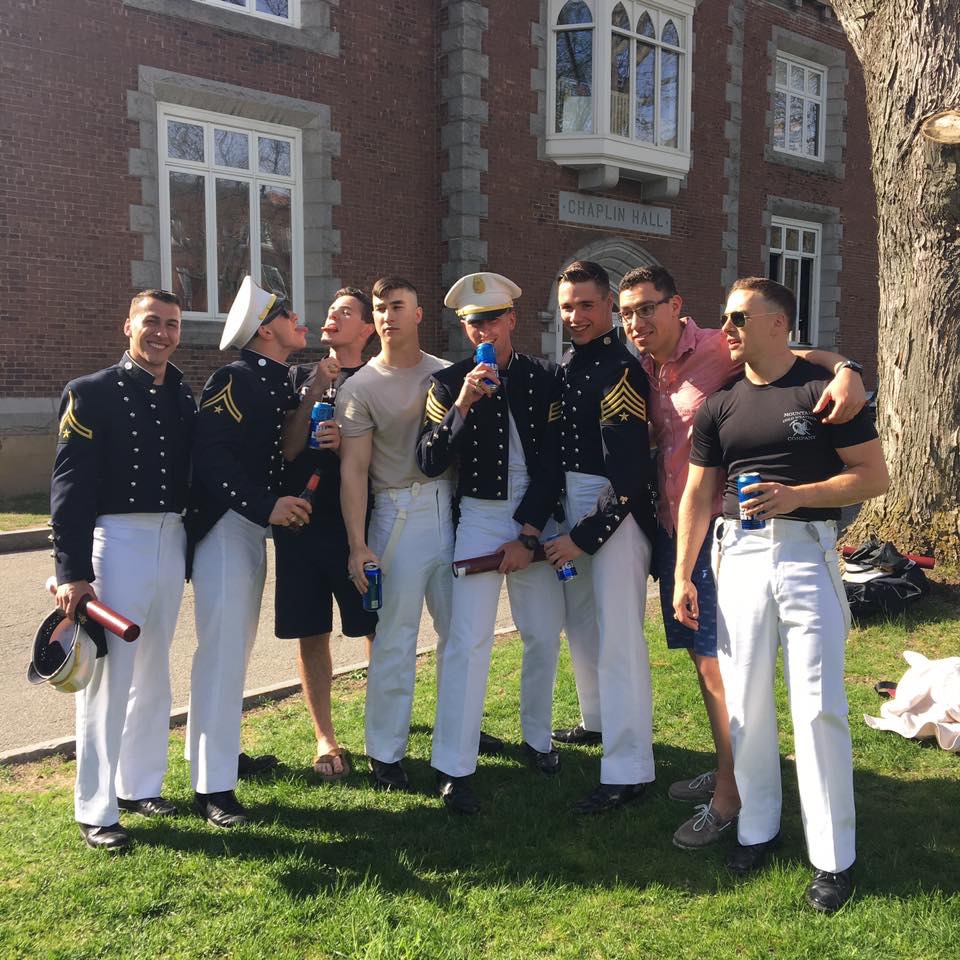 Exit 5: Norwich University, hidden in a valley five miles off I-89 in Vermont lies the Norwich University campus. Nestled in the quiet Green Mountains, I easily chose Norwich over the famed United States Military Academy at West Point. Norwich’s unfamiliarity to the rest of the world gives the military college protection from the public eye, perfect for creating a very peculiar individual on the grounds of the oldest private military college in the nation.

Norwich was founded by former West Point commandant Alden Partridge. Partridge believed that a citizen-soldier was the cornerstone of democracy. So, Partridge developed a military model of education for his students to take into the force, or into the private sector.

Unlike West Point and the other Service Academies, there is no obligation for students to serve under a coat of arms. In 1916, Congress passed the National Defense Act that took Partridge’s method and made the Reserve Officer Training Corps, or ROTC. Today, Partridge’s legacy is on display at over 1,100 universities and is responsible for over 70% of all commissioned Second Lieutenants in the military.

Turning Boys (and girls) Into Men

However, not all officers are created equal. Norwich creates a special brand of person. As a freshman, or “rook”, recruits spend most of the year being trained by their cadre, junior cadets who assume a role similar to a drill sergeant. This is valuable to the Norwich experience. The basic training-like setting breaks down individuality and creates a single unit.

“Rookdom” is vital in assimilating to a college and adult lifestyle. Regimented study hours enforce academic discipline. My freshman GPA was 3.97 (thanks for the A- Prof Williams). I still hit my bedtime at 2200 every night with the words “drink bleach and die” in my head as cadet staff sergeant Stout “tucked me in”. Additionally, being cadre was also vitally important to developing my military personality. I was able to determine the type of leader I wanted to be and I learned what was and was not effective in training subordinates.

Norwich cadets are free to engage in various training opportunities within their respective ROTC branches. My personal favorite, the Mountain Cold Weather Company, creates a resourceful, tactically aware leader who operates in extreme environments. Furthermore, there is the Rescue Team. The Team is a certified search and rescue asset capable of deploying to Vermont and the surrounding area. They are the only college unit of its kind. Finally, in the culminating event, cadets attempt a summit of Mt. Washington, the highest peak on the eastern seaboard, and one of the coldest places in the continental U.S. Oh, and we do it in January, -60 degrees with 100mph winds and all.

A Norwich leader is just a product of the environment where we incubate for four years. It’s a highly politicized administration overseeing an apolitical demographic. We are cynical. Spending a year having someone a few years older than you constantly demean your self-worth will have that effect. We make mistakes, professionally and personally. Cadets spend many nights in a locked dorm room, seeing how much of the weekend’s supply of alcohol we can drink before Monday inspections. This, at the school that kicked out a future founder of AA.

In training, advisers let the cadets fall flat on their face. However, they will not pick us back up. In doing so, we learned to rely on ourselves, as no one else would save the day. As a result, Norwich created 138 general officers. From the chief engineer of the transcontinental railroad to a Chief of Staff. Oh and Pierre Garcon, kind of. Of course, I credit the experiences and relationships I encountered at Norwich as an imperative part of my success in all aspects of my life. Norwich Forever!

Stop Apologizing for Your Attraction to Beautiful Women, It’s Natural