Home Archive Rob Gronkowski is the “Face of America” and That’s Totally O.K. 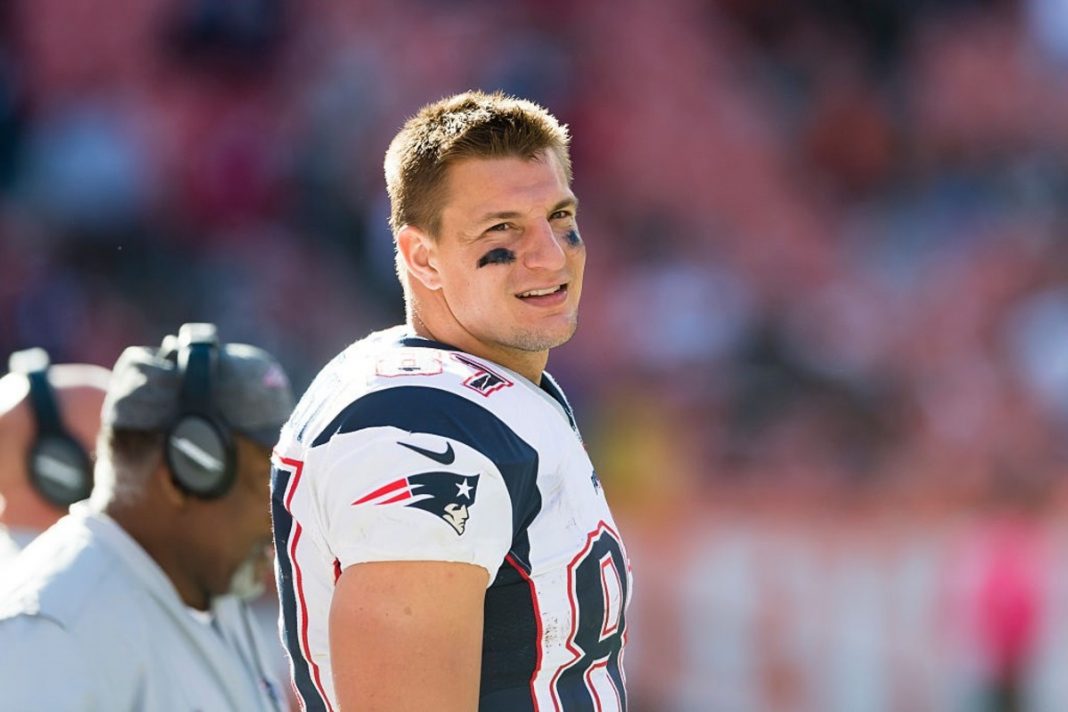 Ever since he entered the NFL as the Patriots third-round pick in 2010, Gronkowski has been an enigma. From the pure talent and brash personality on the field to the likable frat-boy lifestyle off it, everyone flocked to the Gronk. Maybe it was because he set a single-season record for touchdowns and receiving yards by a tight end in his second year. Or the fact that he portrayed a “blue-collar” attitude everyone loves. Maybe it’s because when something awesome happens, you’re most likely gonna pull a “Gronk Spike.” Either way, we just smile and laugh at his stunts away from the gridiron. Even after the Pats lost Super Bowl XLVI (Gronk was a non-factor with a high ankle sprain suffered in the AFC Championship Game), the video of him drunkenly dancing at a club that very night seemingly rolled off America’s collective shoulder.

Despite his next two seasons, and last year, being marred by injury, that star power and popularity has skyrocketed. Profiles of his charitable work and devotion to helping America’s youth has reached masses, endearing him to those less attracted to the party life. He was on the cover of Madden ’17 after finishing second to Odell Beckham, Jr. in a fan vote the previous year. Gronkowski appeared in the 2015 Entourage movie, playing himself (sling included from his arm surgery). He’s even done cameos on shows like Whose Line Is It Anyway? and American Violence. All of this while somehow still growing that “Dude You’d Most Like to Have a Beer With” persona. Just look at this video of him catching/chugging/spiking a beer thrown from the crowd during this year’s championship parade in Boston. Respect.

Still not convinced? Just look at his last three weeks. It started at WrestleMania 33 when he jumped the barricade and bulldozed Jinder Mahal to help his childhood friend Mojo Rawley win the Andre the Giant Memorial Battle Royal. The “rivalry” continued in Boston a couple days later when he threw a beer in Mahal’s face from the crowd.

Then, on Opening Day at Fenway Park, he showed the fun-loving Gronk we’ve come to adore. It happened when his Patriots were honored pre-game, and Tom Brady was having his stolen Super Bowl jersey returned. Gronkowski would come flying outta nowhere, snag the jersey, and go running around the field until Brady caught him. Bromances everywhere became envious.

Gronkowski in the White House

And finally, there was Wednesday. As he visited the White House, a rather mundane press briefing was Gronk’d (yup, just used it as a verb). Sean Spicer has been a bit of lightning rod for the media, but Gronkowski helped the New England native out. Again, from outta nowhere, he pops in and asks if he needs help. Only Gronk would do something like that, and we were all completely fine with it.

All of this proves that, despite being so high-profile, Gronkowski refuses to take himself too seriously. It’s a lesson a lot of us in this country need. The New England Patriots are one of the most recognizable American commodities in the world. And the only one loved by everybody, including Patriots haters, is Gronk. He’s got a sparkling personality, a tremendous heart, and is a certified bro.

I’m not a Pats fan, but I pledge allegiance to the Gronk. And to the spike for which he slams. One nation under beer, with hilarity and frolicking for all. ‘Murica.