Home Entertainment Movies That Don't Suck The Incredibles 2 review – Is It as Good as the Last? 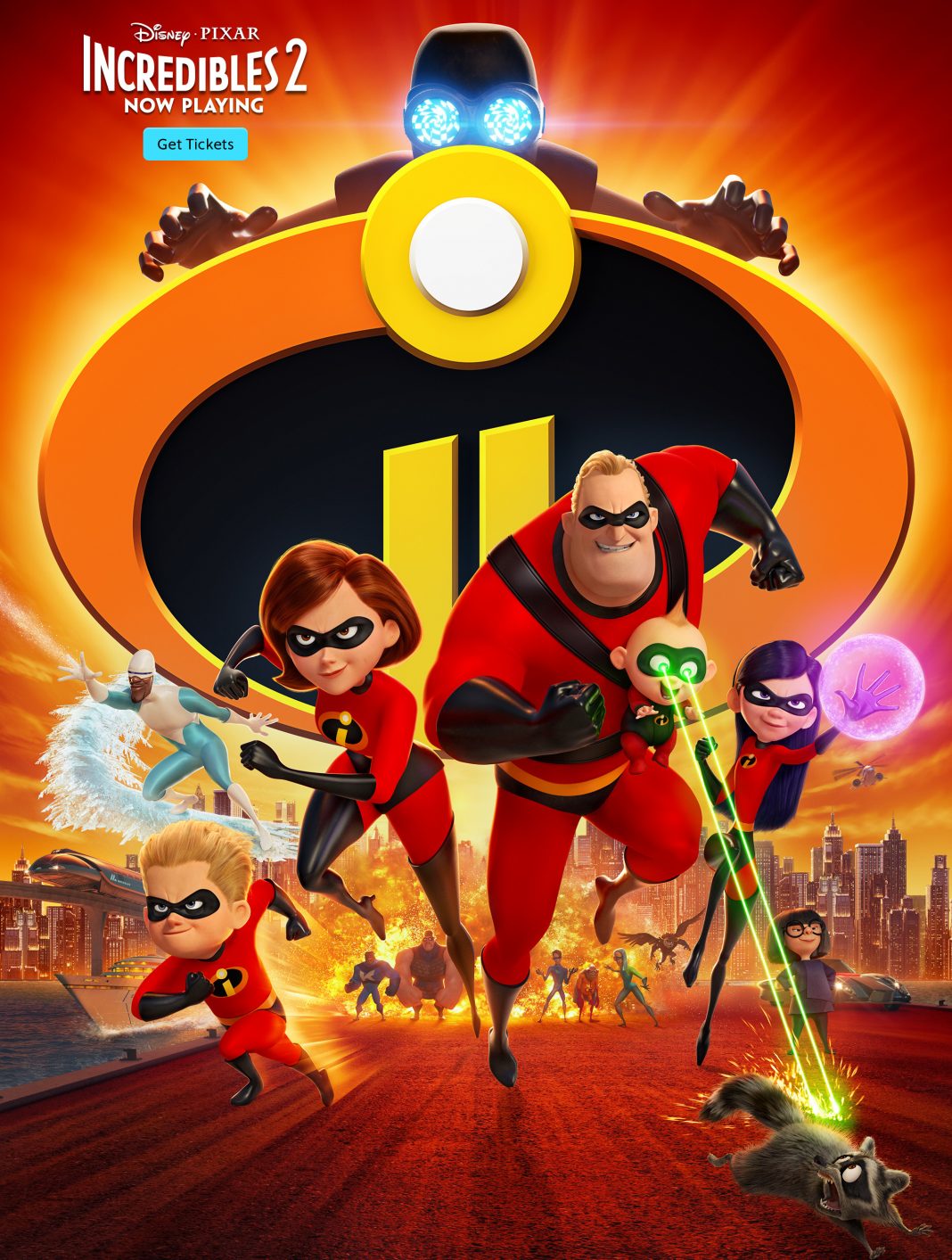 Incredible 2 sees us get back to business

Writer and Director Brad Bird picks up Incredibles 2 where we last left them fourteen years ago. And that was outside a track meet where the speedster Dash just finished competing in a race. Before the celebration starts, its put on halt when The Underminer shows up. When I first heard Incredibles 2 was going to be a sequel that immediately followed the events of the first film, I was bothered by it a little because of how much time has passed. But then at some point between finding out the plot details, and seeing the film, I realized that these are animated characters. No one has to age. Just ask the kids from South Park, Family Guy, The Simpsons, or even Poke’Mon. 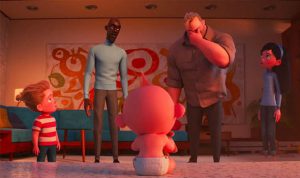 We have seen this Hollywood trope a thousand times. Especially the one where the Dad or a stereotypical dominant alpha-male is placed into the role of, stay-at-home dad. This trope has been beaten to death, and it can be quite challenging to make this scenario entertaining. But Director Brad Bird pulls it off. It’s one thing to watch a parent have to go through the struggle to raise a moody teenage girl, a hyperactive boy, and a baby all by himself. But throw in some superpowers mixed in with some great dialogue, and you have yourself a trope that is still cliche’, but entertaining enough to carry the movie when the story took a break from the action. 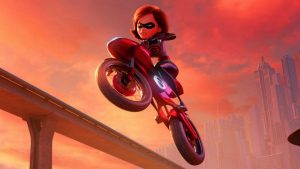 The action in this film is well done. I forgot I was watching an animated movie at one point and thought I was watching a legit action movie. Some of the action sequences in this film would put most live-action action movies to shame. The scene I want to highlight though involves a runaway train. The animators were so creative with the use of Elastigirl’s stretching abilities; who knew the ability to elongate your body at will could ever be made to look cool on screen. I’m sure Fox Studios shared those same sentiments at one point as well.

As good as the action is, I have to warn you that it does get a bit intense in two ways. There’s a showdown between Elastigirl and the masked villain Screenslaver that has more animated violence than usual. Typically, when an animated superhero punches someone, they go flying across the screen in an unbelievable fashion. Not in this fight scene. It felt like a legitimate scrap between two enemies, and the stakes felt high. I was in shock and awe that Disney let that scene go down the way it did.

And for some viewers, you may be in shock too because of the epileptic seizure inducing lights in that very fight scene. Not to make light of those who suffer from epilepsy, but I thought it was a poor choice for the filmmakers to have intense lights mixed in with vibrant swirly color patterns. Especially for a 3D film. It could easily ruin a great movie for a lot of people. 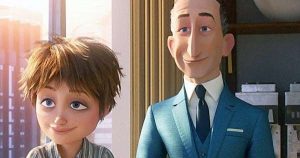 I’m in SPOILER territory here, so you’ve been warned. The setup for the villain in this film has some similarities from the first film. Villain recruits superhero for hire. Superhero does the job for a little bit. And the superhero gets double-crossed by that very same villain who hired him or her. This franchise took the “if it ain’t broke, don’t fix it” approach in that particular aspect. And that is fine because there are some breadcrumbs thrown into this film to keep the viewers from figuring out what was about to go down before the double-cross happened.

Here’s where I make some comparisons. Syndrome, in the first Incredibles, was such a great villain. From his line deliveries all the way down to his motivations. Syndrome felt slighted by his childhood hero Mr. Incredible because he didn’t want him as his sidekick. So what did Syndrome do? He used his superpower of genius level intellect to create inventions, which made him just as capable as any other superhero in town. And with that technology, he went on a superhero killing spree. 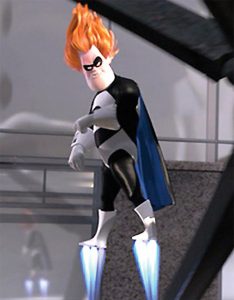 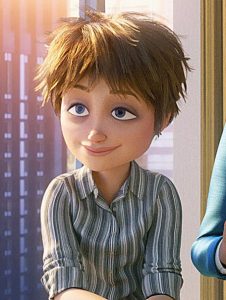 To Syndrome, being a superhero meant you were special. Syndrome wanted to rid the world of that thought. So he devised a plan to sell his technology to everybody all over the world so anybody could be super. “AND WHEN EVERYBODY IS SUPER… no one will be.” That one line by Syndrome made him one of my favorite villains of all time. Just imagine having a unique talent, and then some super genius comes along, and duplicates that very same talent and sells it to anybody with some cash to burn. I think most would agree that it would devalue both you and your talent to some degree.

The villain in Incredibles 2 motivations aren’t as good. Evelyn Deavor (voiced by Catherine Keener) devised a plan to ruin the reputations of superheroes because she blamed them for not being there to save her father during a home invasion. If not for Syndrome killing most of the heroes in the previous film, maybe her father would still be alive today. But that’s beside the point. It was still illegal for superheroes to use their powers to fight crime. As far as I’m concerned, superhero’s reputations were already ruined in the eyes of the law. So I felt it was redundant for Evelyn to help her brother, Winston Deavor (voiced by Bob Odenkirk) to devise a P.R. plan that would set forth a chain of events that would make being a superhero legal again. Only to try and brainwash superheroes later and have them wreak havoc on the city.

Was It Worth the Wait?

One thousand percent, yes! The story, although not the greatest, was still entertaining. Frozone (voiced by Samuel L. Jackson) got more screen time, which was a welcomed addition to Incredibles 2. The action is great. And the animation is amazing as always when it comes to Disney Pixar studios.

My only follow-up questions are, what happened to the Underminer and all that money he stole? Is he on some beach sipping frozen margaritas with a couple of beautiful women? Are they hand-feeding him grapes and fanning him with palm leaves? I need answers damn it! But if you’re more curious than me, there’s a 2005 video game called, The Incredibles: Rise of the Underminer that acts as an indirect sequel to the first film and concludes the Underminer storyline. The graphics for that game are outdated, but it’s a 2-player co-op so you can have fun with a friend. 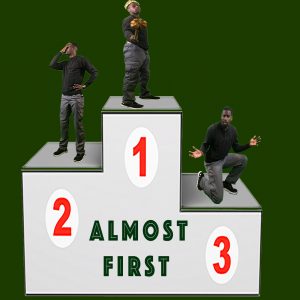 When you’re done playing Rise of the Underminer, take a listen to my podcast Almost First, where fellow guest hosts and I talk everything from movies, tv shows, comic books, and so much more. On the latest episode, we reviewed the film starring everyone’s favorite mercenary, Deadpool 2.

Speedrunning: More Than Just Gaming for Players That Like to Finish Early