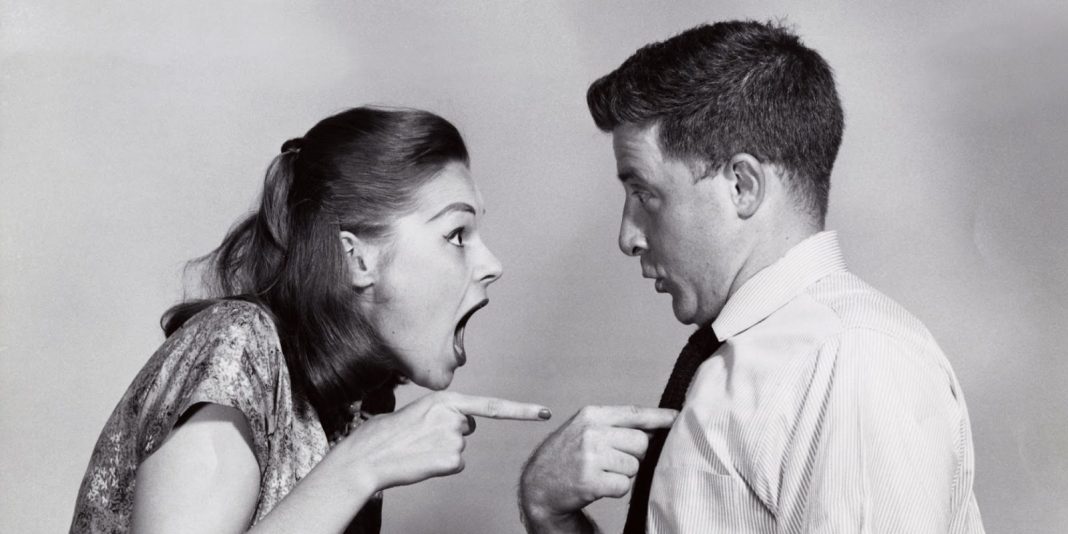 Trash talking or also known as shit talking is one of my pastimes. It took me years to get the confidence to be good at it (I lived in fear due to bullies and an overbearing mom). I also learned that I should use my verbal skills for good instead of evil.

There was a time that I was arrogant enough that I thought I could freestyle rap (No. Just no). Also, I discovered that not everyone finds trash talking honorable or manly. I am here to prove that mindset is wrong and is great when used properly.

Trash Talking and Its Uses

Trash talking has multiple uses in verbal communication. For example, our parents told us as kids to use kind words when we disagree with someone. That would be sound advice if you were in a friendly debate. Debating and talking shit are two entirely different things. Trash talking is for when things go south. Trash talking can also be used as friendly banter between friends (Veterans do this a lot. Hanging around us is not for the weak of heart). Lastly, it is used in the world of sports (Example: Conor McGregor, Muhammed Ali, Draymond Green).

In my bullying story, I stated I lacked the confidence to defend myself at first but eventually gained it. Trash talking bullies can be the first line of defense against them. If they pick on you, pick on them back. Find their weaknesses both physical and emotional and use it against them (remember that nobody is perfect). This goes for adults and kids. I would also use caution, make sure you know how to fight in case things go sour. If that happens, you’ve defeated them in the battle of wits. Thick skin is important. So, if you are a sensitive little snowflake, I suggest you don’t do this and walk away.

Guys are a weird bunch of animals. The more we make fun of each other, the closer we are as friends. How fucking strange is that? Women do not interact with each other that way at all. In male culture, it is our duty to give our buddy shit. If you really think about it, its fucking ridiculous. How does that even sound like friendship? I am not a sociologist, so I can’t explain it, but I can tell you that trash talking is just part of our gender. Go to a VFW, and you will notice a sea of insults and laughter. It’s all in good fun, and nobody gets their feelings hurt; unless they’re a bitch. Stormy, you can eat a bag of dicks. See, no feelings were hurt.

The best place to use it is the world of sports. Adults used to tell me “Showboating and trash talking has no place and sports and it’s bad sportsmanship!” That is utter bullshit because it depends on when you do it. Michael Jordan was a Jedi master in verbal mind games on the court. He did not get to where he was by being humble. Another example is the GOAT, Muhammed Ali. Ali danced and talked his way to three heavyweight title reigns and is considered the greatest to ever strap on a pair of boxing gloves. Imagine if he stayed silent. Would we have heard been as great? Both MJ and Ali share one thing in common; they can both back up their mouth. So make sure your mouth can write checks your ass can cash. Lastly, all of you adults out there, stop telling your kids to not showboat or trash talk and stop condemning the other team for doing it. Sportsmanship should come after winning or losing. Be humble in victory and defeat. We are trying to build winners here not hand out sportsmanship and participation trophies.

When Not To Trash Talk

If you aren’t an idiot, you will already know when not to run your mouth. Most people will understand but some will not. It is all about timing. When it comes to bullies, you have to use common sense. Can you fight? Is the bully smarter than you? If you can’t fight and/or you are dumb as shit, then I suggest you don’t. It will end badly for you. If you are among friends and trash talking it would be best that it isn’t one hundred percent of the time because that is obnoxious, even from a veteran’s perspective. Also, during sensitive subjects or talking points. There is a time, and a place for it amongst friends and different sets of friends interact in different ways. Lastly, in sports, it is not cool to trash talk after a win. You will just look dumb and petty at this point. Trash talking is a trusty ally, don’t abuse it. Going overboard is unmanly. You’re welcome.

Drew Pfafflin: The Man Behind The Bar

Make Music Great Again: The State of the Music Industry