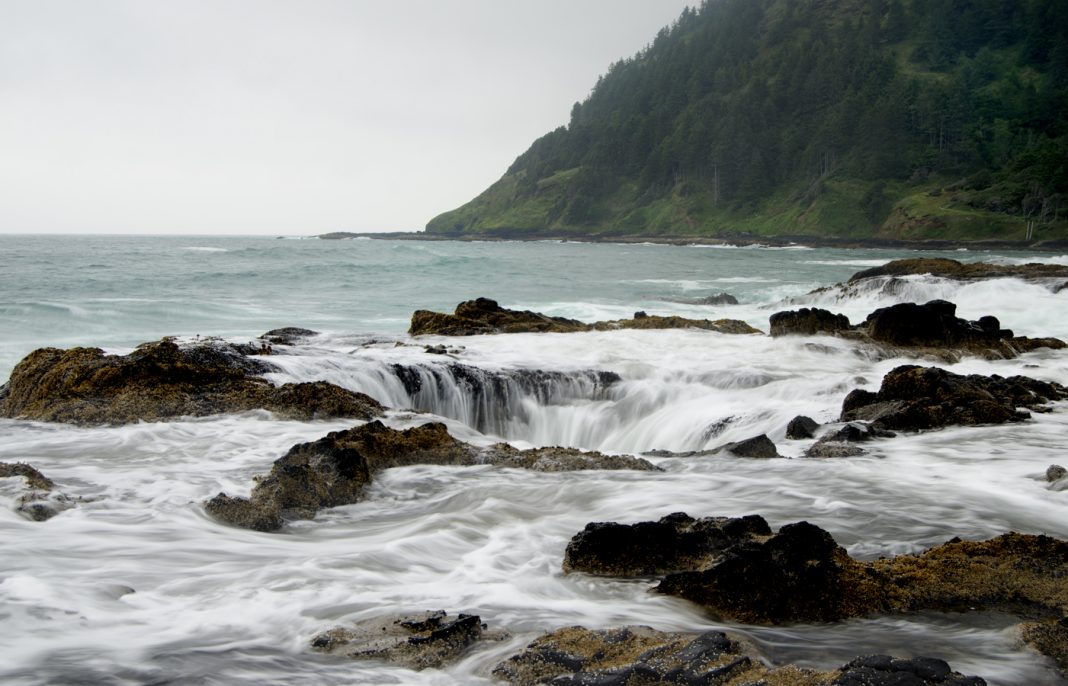 Thor’s Well at high tide or during a winter storm can be an awesome sight.  There is no shortage of amazing footage of the plumes of water that shoot out of it. 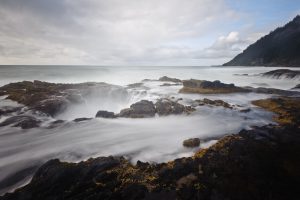 If you live in Oregon, and particularly along the coast you get a huge assortment of amazing natural features to gawk at.  In this case, you have Thor’s Well. A hole that the ocean just kind of drains into.  People assumed that this hole was bottomless because it never seems to fill up.  It just keeps draining the high tide ocean away and spouting a huge jet of water every time the waves hit it.  It is not bottomless but it’s better for our poetic side if we allow ourselves to think it is.  It’s actually only about twenty feet deep but that’s still enough for it to swallow you. 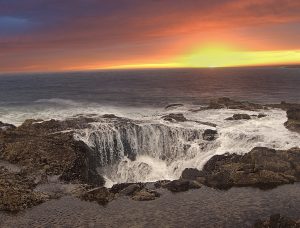 The reality is, it’s just a sinkhole.  The problem with saying ‘just a sinkhole’ is that sinkholes are scary things in their own right.  They can open up anywhere underground water does its thing.  That’s pretty much everywhere and erosion happens even when you’re not looking.  While rare, sinkholes have been known to drop 2000 feet all at once.  Some swallow cars, houses, and in one case, an entire city block.  That’s no fun if you happen to be standing on one when it opens.  Did we mention that they’re rare?  We don’t want to be the source of any phobias.

Thor’s Well is situated about 3 miles south of a town called Yachats in the Cape Perpetua Scenic Area.  Seeing it isn’t difficult but remember that it can kill you on a good day.  We keep mentioning that because waves are unpredictable and many an intrepid photographer has lost equipment to the unpredictability of the Pacific Ocean.  This is a good trip because there is a lot more to see here than just this feature.  There’s even a campground if you’re so inclined.

If you visit this site or already have, share the experience with us.  If you live in Oregon and haven’t seen Cape Perpetua, what’s your excuse?  Get out there.  Plan your trip at high tide for best effect.