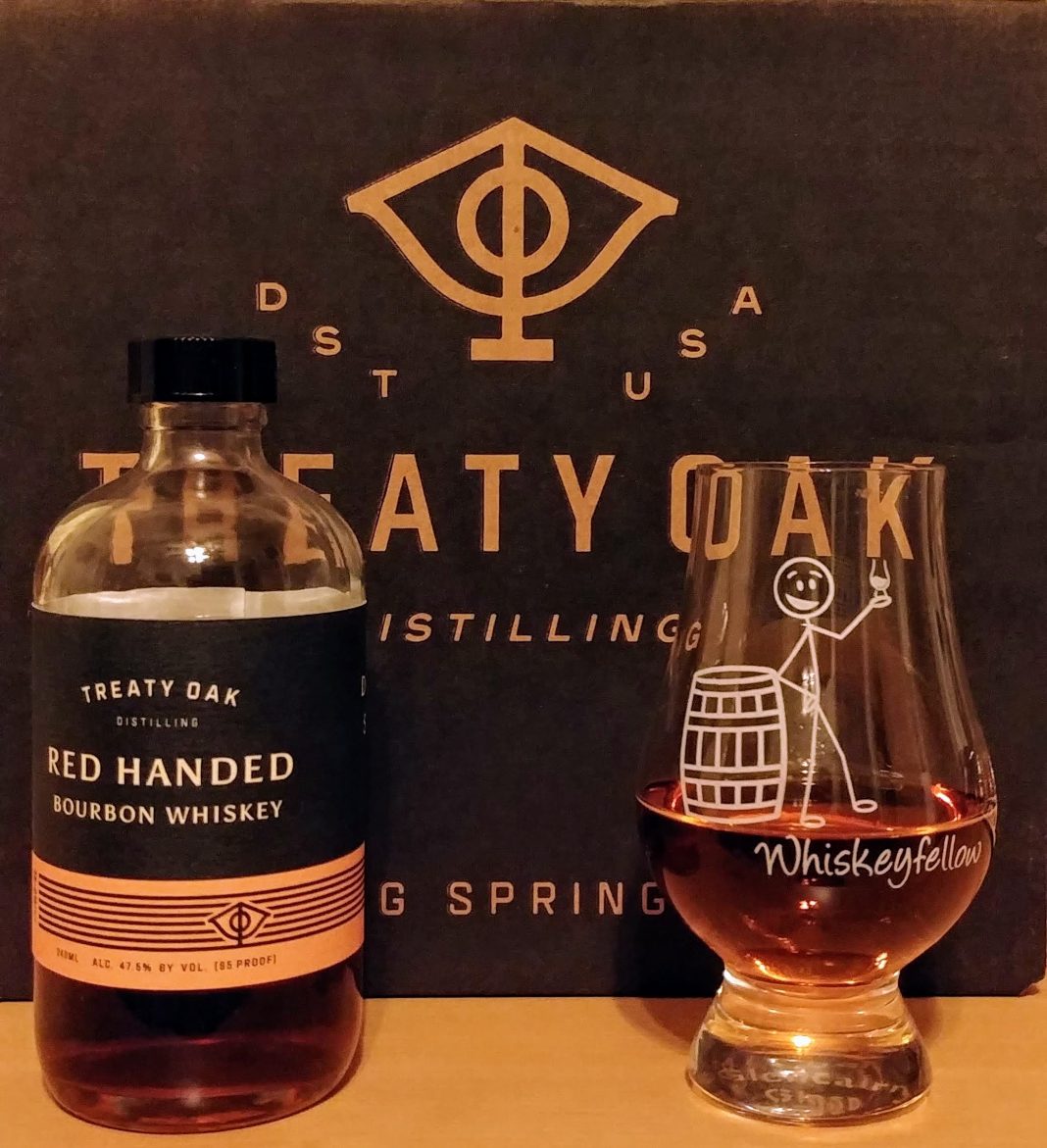 In today’s booming “Wonderful World of Whiskey”, there are some distillers that engage in smoke and mirrors. They’ll create a fascinating backstory, along with a smattering of tall tales. They want to lead you to believe that the whiskey behind the label is their grandpappy’s grandpappy’s secret recipe.

I’m going to tell you right now that most have NOT been handed down through generations of distillers. In reality, they’ve purchased someone else’s whiskey. While they may do something unique during the aging or finishing process, they’re still claiming it is their own. That’s not right and a few notable distillers have been nailed for breaking the rules on this.

It is a breath of fresh air to come across full transparency. Not only does it make my job as a reviewer easier, but it also earns a certain aura of respect.  One such example is Treaty Oak Distilling out of Dripping Springs, Texas. Treaty Oak stands out as a shining example of the right way to do things. The distillery not only tells you they’ve sourced the whiskey, but they’ll also tell you exactly where they source it from.

In the case of Red Handed Bourbon, Treaty Oak explains they’ve blended sourced whiskeys from Davis Valley Distillery of Virginia and Oz Tyler Distillery of Kentucky. The Virginia Bourbon is four years old with a mash of 66% corn, 14% rye, and 20% barley. The Kentucky Bourbon is aged two years with a mash of 70% corn, 21% rye, and 9% barley. Treaty Oak then used local Texas limestone water to proof it down to 95°. Currently, Treaty Oak distributes its products in Texas, Georgia, Florida, Illinois, and the District of Columbia.

As I’ve stated, transparency is a wonderful thing. But in the end, it is what’s inside the bottle that matters. And the only way to tell if it is good, bad, or otherwise is to try it. For full transparency on my own part, Treaty Oak provided me with a sample of Red Handed Bourbon to review for an honest, no-strings-attached review. Time to #DrinkCurious to see how it ranks.

In my Glencairn glass, the color was a soft amber. It left a very thin rim on the glass that led to thin, quick droplets that dropped back to the pool of liquid sunshine.

My initial nosing was very heavy with corn. That’s not unexpected, considering the high corn content of both whiskeys used in the blend. Underneath the corn were aromas of ripe plum, vanilla, light oak, and a hint of berry. When I inhaled through my lips, it was all Granny Smith apples that rolled over my palate.

The first sip was very thin and sweet corn forward. Again, this was not surprising considering the mash bills. Once the shock to the palate subsided, a rich fruitiness combined with peppery spice was at the front. Mid-palate offered a strong showing from the barley with cocoa and malt. On the back was an almost sweet, toasted oak.

The sweet, toasted oak continued into a medium-length finish. At 95° it left a slight tingle on the palate but nothing that I’d consider buzzworthy. And, just as I thought the experience was over, that fruitiness from the front palate returned for a second visit, leaving a creaminess on the tongue that slowly melted away.

It should be noted that, at two years old, Red Handed Bourbon could qualify as Straight Bourbon, but it is conspicuously left off the label. With all the transparency provided, there is no mention as to why this is missing. I ran into the same issue with their Red Handed Rye. Is something added to enhance the flavor or color? I have no idea.

The price of Red Handed Bourbon is about $39.99. That puts it pretty much on par, if not slightly lower, than other craft Bourbons. I found this interesting and definitely different than many of the MGP-sourced Bourbons on store shelves. Uniqueness is something that can be polarizing, but in the case of Red Handed Bourbon, there’s really nothing not to like. It drinks easy, it is affordable and it tastes good. As such, it earns a Bottle rating from me.

Jeff Schwartz is a recognized Whiskey Consultant and Barrel Geek. Other than through Ming Magazine, you can find his work on his own blog. He can also be found on Facebook, Instagram, and Twitter.

Wine Pairing: What You Need To Know

Name One Reason Why I Came Here (NORWICH for short)