Home Health Club Yoga: Man Up and Do It 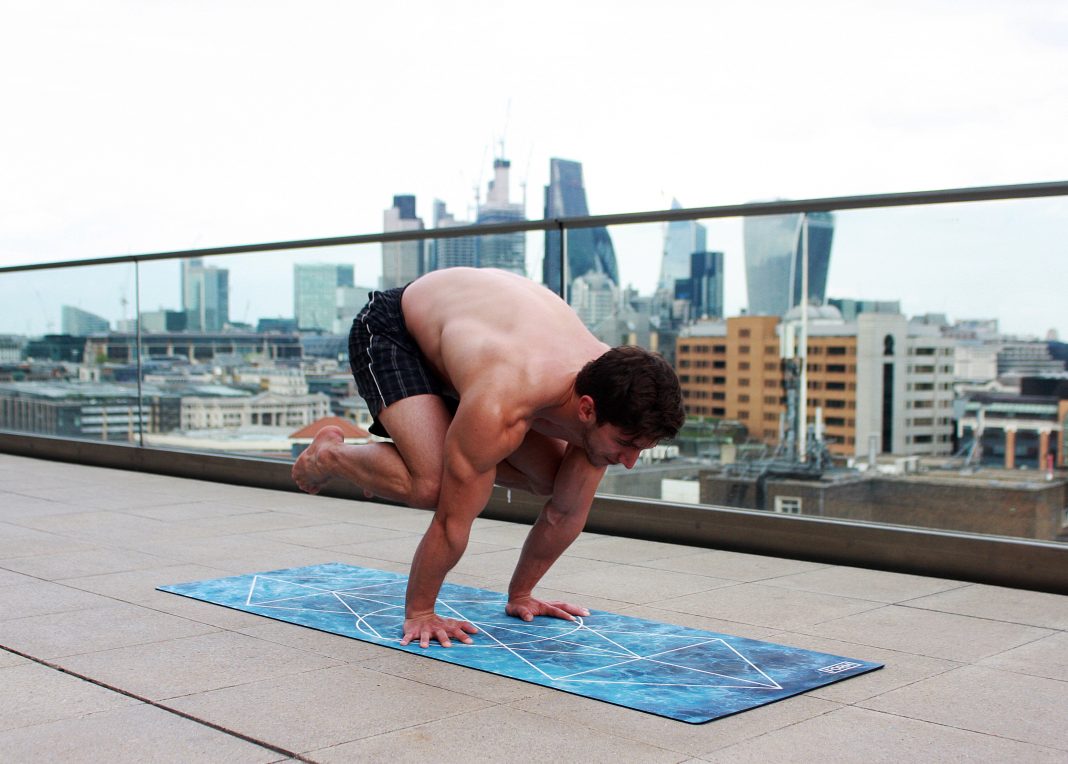 Men, have you ever considered doing yoga? If you have it was probably spurred by an injury, lingering soreness, or limited mobility in general. And all of those are great reasons to practice yoga on a physical level. However, when you allow yoga to affect you at the deeper mental and emotional levels, you could achieve so much more.

Joe Taft found yoga after acquiring some serious back pain from kayaking for a living. Yeah, even while sitting, conducting strenuous activity can lead to back issues over time, even when you are physically fit. He said his body just did not feel comfortable. He started practicing yoga in 1997 and has been teaching since 2002, currently in Asheville, N.C.

Even though yoga was created for men, by men, Taft says that right now it is a woman’s world here in the U.S. He believes most men do not want to try yoga for two reasons, the first of which is because women are, in general, better at it.

“Women are just as strong as men in the lower body and they’re more flexible because their pelvis is broader. Now once you get into more advanced poses where you’re using more upper body like handstands, men are going to be better by nature, but you don’t get into that very often.”

Not My Man Card!

He is not saying to throw your man card away and start carrying yourself like a woman. Instead, think of this as becoming hyper-aware of your body and senses. “The concept that we need to feel more and be more sensitive, that’s a powerful trait or quality, but men don’t like it for some reason; it’s not the tendency for a man,” Taft said.

We all know that guy at the gym with terrible form, but enough strength to counteract it. Eventually, he will put too much weight on that bar and injure himself and not be able to lift anything. Practicing yoga could help him by making him more aware of the mechanics of his body and make him more aware of his limits. No fancy backbends or splits required, just some introspection.

“Yoga is trying to teach you how to get in line with nature, the way that nature moves you.”

There are many different varieties of yoga, some more focused on slowing down like Yin or Restorative yoga; while others can be physically intense, like Ashtanga or Power yoga. If you live a hectic life, maybe you need to slow down. On the other hand, if you are often sedentary throughout your day you might need to be perked up.

Whichever style you choose, know that it is your individual practice. Whether you are in a studio filled with all levels or at home following a YouTube video, just listen to your body and feel where it needs to go.

Taft says to be “open to the power of a very serious practice.” Yoga is not soft and gentle. It builds discipline and you should push yourself.

Here are some tips that I have for anyone, but mainly men, who may be trying yoga for the first time.

While you can certainly create a meaningful practice at home, there are certainly benefits found with a teacher or in a studio. Most studios will have discounts for new students. Try out every style you can during that introduction rate and see what fits best with you.

Stress: Balancing the Good and the Bad