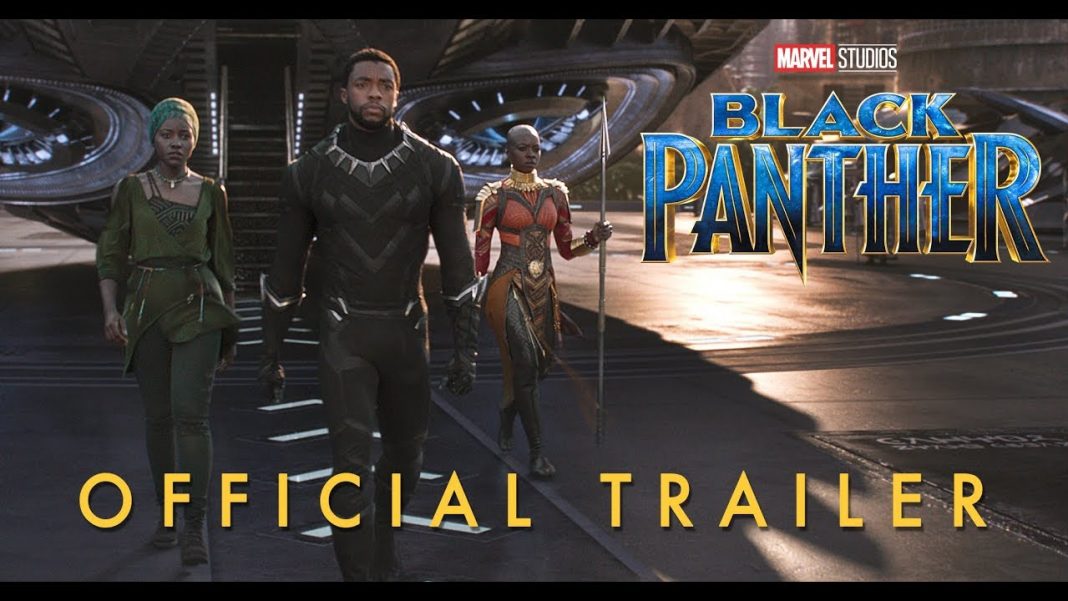 The mark of a good movie is that you get completely engrossed in it and might even forget about the real world for even just a little bit. For a critic, you have to be able to separate yourself from that feeling pulling you in and really see the different elements of the movie for what they are and gauge them on their independent merits.

The 18th installment to join the ranks of MCU films, and it stars Chadwick Boseman, Michael B. Jordan, and was directed by Ryan Coogler. The events of this movie takes place shortly after the events of Captain America: Civil War and the country of Wakanda is still grieving over the loss of slain King T’Chaka. Prince T’Challa must now fill in the huge kingly role that his father left behind as well as balancing the duties that come with possessing the powers of the Black Panther.

Coming into this film I had high hopes given who was directing this film. I loved Ryan Coogler’s work in Fruitville Station, and even more so in the Rocky spinoff film, Creed. Both of which featured actor, Michael B. Jordan in the lead role. Coogler and Jordan have been a recipe for success and I had no doubt in my mind that the two wouldn’t capture that same magic together for the third time.

This film had three main characters; Chadwick Boseman as the Black Panther/T’Challa, Michael B. Jordan as Erik Killmonger, and the country of Wakanda itself. From the very first scene, we were introduced to the backstory of how Wakanda came to be. It was a crash course for the non-comic book readers. This film immersed the audience into this world and made you care about the culture. Everyone on social media could not get enough of that fictional place after the film came out. The CGI effects put into crafting Wakanda were beautifully done, of course. It was truly a Marvel to see when T’Challa’s ship first flew into the camouflaged mountain concealing the most technologically advanced country in the world.

As perfect as the fictitious country of Wakanda seems, it still has its faults. The country’s true identity is shielded from the outside world. Much like some of our favorite superheroes, Wakanda wears a mask to hide its true self as a means of self-preservation. While the world looks at Wakanda as a poor nation, it is actually thriving more than ever. Even at the expense of some of their neighboring countries. Humanitarian aid is discussed by T’Challa’s love interest, Nakia (Lupita Nyong’o) that made me stop and think to myself, “Could my country be doing more to help those both foreign and domestic?” As subtle as it was, I saw the political undertones and I appreciated it.

The Nemesis of Black Panther

Ryan Coogler did an excellent job in balancing screen time between the antagonist and protagonist. There was some wait time before we got to see Michael B. Jordan on screen, but when he showed up, he delivered. Killmonger’s upbringing and motivations were relatable and humbling. He grew up black and fatherless in a poor African-American neighborhood, felt a sense of abandonment by his people, and he wanted to do what so many whites had done to his ancestors many years ago. He wanted to conquer the world, liberate his people, and reshape it in his own image. Killmonger truly felt like what he was doing was right and I love those types of villains. I almost found myself rooting for Killmonger at times whenever he made a solid point regarding his motives. Michael B. Jordan absolutely stole the show, and he’s probably my favorite MCU villain to date.

The score by Ludwig Göransson is simply amazing. The music that played when first introduced to Wakanda sent chills through my body. I felt the culture of Wakanda flowing through my ears. But my favorite theme is Killmonger’s. The scene when Killmonger said his Wakandan name and his music kicked in was powerful. The theme meshed perfectly with Killmonger. There was a blend of African tribal music with a heavy base thumping hip-hop beat all rolled into one. The theme was a metaphor for Killmonger’s Urban-American upbringing finally be integrated with his Wakandan heritage. I honestly cannot stop playing it.

There were a few minor issues with this film, though. One of those issues being that Black Panther is grossly overpowered. T’Challa, in the suit, never really appeared to be in danger, given that his suit is made of pure Vibranium and is bulletproof. This is something the faceless henchmen did not seem to understand throughout the film. This aspect took away the suspense in some scenes. The script had to strip away T’Challa’s powers and suit for him to truly be vulnerable to his enemies and it felt forced. The last act where Black Panther and Killmonger went one on one was disappointing to me as well. Ninety percent of the fight was CGI and it was noticeable. It felt like I was watching a cheesy Saturday morning cartoon.

However, the way Killmonger accepted his defeat was powerful. “Bury me in the ocean with my ancestors that jumped from the ships because they knew death was better than bondage…” That very last line said by Michael B. Jordan made me say “Damn, this dude is deep.” Even in defeat, Killmonger was always in control. He is truly one of the most thought-provoking villains I have seen in a while.

Overall, Black Panther is a good film. Unfortunately, it feels like every other MCU movie in terms of tone, pacing, and the added humor here and there. Maybe if I watch it again I might have a slightly higher opinion of the film, but nevertheless, it is enjoyable. #WakandaForever

You Dress Like A Slob and MING Wants To Help