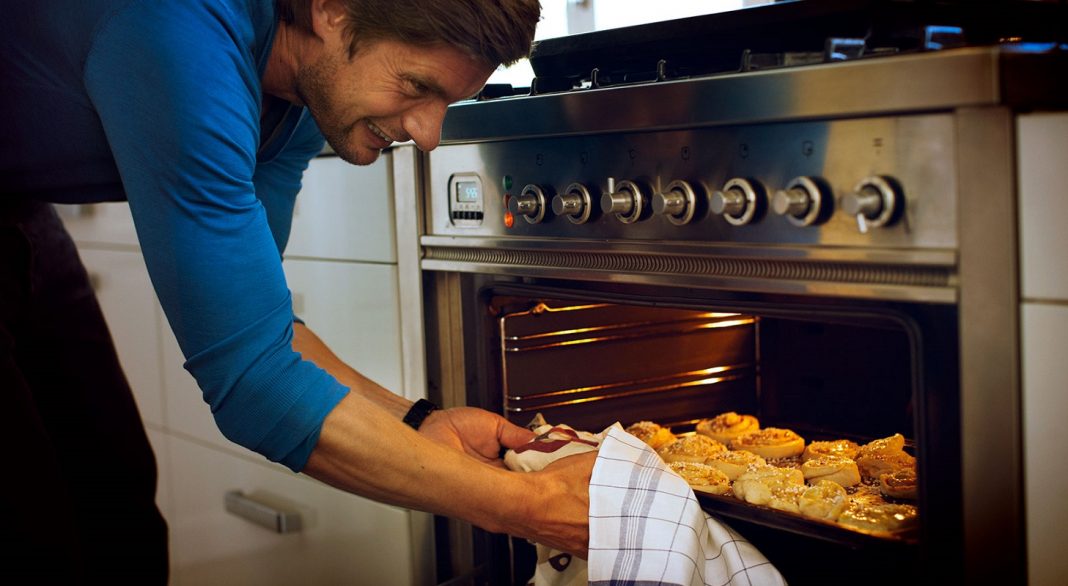 Hello, boys and girls and welcome back to “The Learning Man’s Chef”! This week we are going to convince the men of the world that baking is something not just meant for desserts. In fact, the art of baking should probably be your second best talent (behind grilling) when it comes to cooking. Think about it: pizza, scalloped potatoes, Thanksgiving dinner; all great foods that are baked. Today, we’ll touch on the main reasons for it, and give you a recipe to try next chance you get.

First and foremost, baking may be the easiest part of cooking. Well, if you exclude boiling water or microwaving pizza, that is. What makes it so simple is that most recipes give you a time and temperature for your oven. This allows you to do whatever else you want without worrying about checking on the food constantly. Just set it and forget it. Your two biggest tasks when it comes to baking are prep and cleanup. But that’s what dishwashers are for, right?

I, like many others probably did, thought that baking was exclusively for sweets. You know, brownies, cookies, cake, etc. However, that’s the awesome part. You can utilize it to cook anything! From sides to full-on entrees, baking is a great way to make foods that are full of flavor. As I discussed last week, spice is a fundamental component in cooking. When baking, it’s so much easier to keep that flavor because it’s not getting burned off by an open flame. Instead, when baking, the sauce or spice you add to the food almost melds together which is so much better than that charcoal taste.

This one is pretty simple too. As opposed to frying or grilling, the amount of grease that comes off your food is relatively low when you bake; especially true with some sides. The other night I made some garlic parmesan fries and, instead of using the deep fryer, I just tossed them in the oven. Not only was the flavor damn-near perfect, but the crunch was also just as good. However, there was no grease left over, and it kept the potatoes I cut a lot more like their natural state. Most importantly, when you fry things, you have to coat them in something that is usually very starchy and unhealthy.

The health aspect is really noticeable when you bake meat. Yeah, I said it, bake your meat. Instead of pan-frying chicken and letting it cook in all that grease, let it marinade for an hour and then bake it for 20 minutes. It’ll taste tremendous and be healthier. Plus, those pans you fry with are a lot tougher to clean and break down easier than baking sheets. After how much I’ve been baking meats over the last few months, I’ll advocate for just about anything. Except for bacon. Keep that stuff frying away and perfect.

A Recipe You’ll Hate How Much You Love

Now, I’ll be the first to admit it: this recipe made me sick the first time I read it. However, when it’s winter and you don’t want to go outside, or you don’t trust this meal with your electric grill; you’ll give other things a shot. So, here it is. Baked Garlic Buttered Steak. Yup, get that ribeye in the oven and enjoy!

Camping Checklist: What You Should Bring