In every gun cabinet, and in every turkey hunt, a shotgun is (or was) a common sight across America. While a far cry from the blunderbuss that it once was, shotguns seem to have an almost exclusive ability to bring out certain feelings of patriotism and independence for anyone that uses it. That’s why we’d like to help anyone out there who wants to learn more about this ever-so-versatile piece of machinery.

When it comes to shotguns, what’s the first image that comes to mind? Probably a Remington 870, right? Or maybe a Mossberg 500/550? In that case, you’re thinking of a pump-action shotgun. They’re very inexpensive, widely available in both civilian and police/military implementations, they come in all shapes and sizes, barrel lengths, and gauges, and, of course, they have the most recognizable “chick-chick” sound on the planet. These types of shotguns are very useful in sport (skeet/trap), hunting, competition, personal defense, and Police/military implementations. 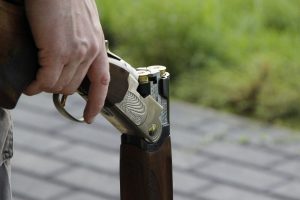 The father (or grandfather) of the pump-action shotgun is the single-shot or double-barreled shotgun. Utilizing a break action cycling method, these are possibly the most versatile of all the shotgun types. What leads me to make such a claim? The break-action allows for virtually any load (within reason) to be shot. If you want 3½” magnums, you can shoot them. At the same time, If you have a load of 1-1½” shells, you can use that too. There are technically no limits to what you can use in a break-action. The barrels are also not just “side by side” or “over/under,” but the alignment of the barrels cross at a certain point in front of where it fires. Since that is the case, keep that in mind if hunting waterfowl with them. They can be used for hunting, sport (skeet/trap), or personal defense, and add a cool aesthetic to your overall shotgun experience. 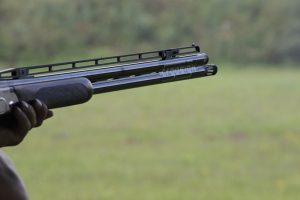 Finally, on to the little brother of the family, we have the semi-auto. The military loves them, the police love them, goose hunters love them… Okay, everyone loves them. Who doesn’t like to pop off ten consecutive rounds of 00 buckshot every now and then? They’re fast, they’re fun, and the gas mechanism that aids in cycling has the ability to reduce recoil, so that leaves room for a pretty light build in some cases. The downfall, though, is that they’re definitely more expensive than your average pump or double-barrelled shotgun. Not to say that you can’t spend tons of money on those. Heck, when I used to shoot in competition, I’d be competing next to a $20,000 over/under. Yes, that many zeros. $20,000. That’s a pretty nice car, in my book. But hey, if you’ve got the money, you’ve got the money. That being said, there are also some pretty affordable options, but it just depends on where you look and what you want to do with it.

If you’re wanting to know what a shotgun is all about, find a friend that has one that’s decent, and go to a skeet range. The balance of power and precision is surprisingly pleasant, contrary to popular impression. My personal recommendation for just about any application is a good 12 gauge pump shotgun. I’ve competed in many competitions with one successfully. It also has very few moving parts, which means there’s less that can go wrong with it. Many different factors contribute to your particular experience and it’s good to experiment with different gauges, weights, chokes, manufacturers, and loads.

“This is my Boomstick” – Rifle Edition

“This is my Boomstick” – Shotgun Edition